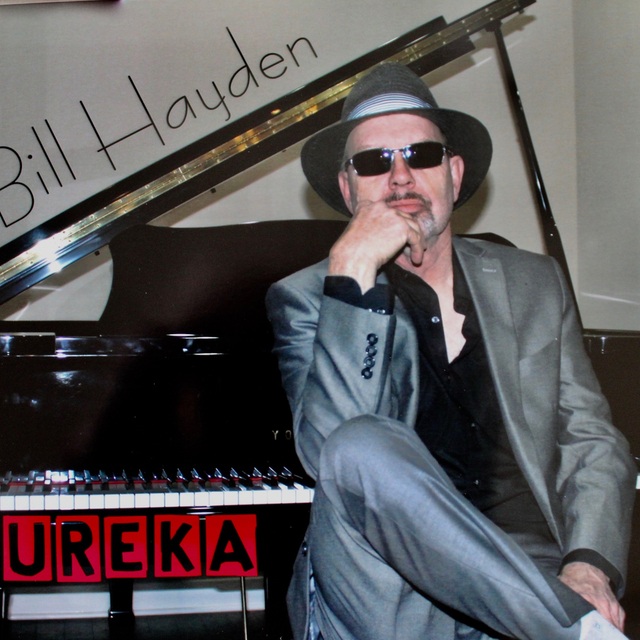 ALL OUR LIVES MATTER

2020 ushers in a new album of original music after 19 years away. A near fatal injury in early 2016 and it was time. Hayden’s lengthy career was inspired after witnessing the explosive late 6o’s California scene where artist like the Doors, James Brown and Jimi Hendrix were changing the face of popular music. Having relocated to Indiana in the mid 70’s and embracing country and blues music which permeated the Midwest at the time. Performing with a variety of bands over the years, this multi-instrumentalist found his niche as a song crafter. In 1977 Hayden recorded an original song with an independent label in Nashville, Music City Records. It was during this venture that the band got to jam with Waylon Jennings and was invited to play a jam session at the Grand Ol Opry, with some of the towns top studio musicians and songwriters. It was 1978 when Bill joined his first road band. The Valerie Winters Band from Flint, Michigan. The group was managed by Artist Corp. of America. Years later Bill was recruited by the Crystal Clear River band from Alexandria, Minnesota managed by Van Zeeland Entertainment. After touring the U.S. and Canada in the mid 80’s with an Elvis Tribute band, Bill decided to concentrate on writing and recording. After National club tours had seasoned Hayden to the rigors of the road and supplied him with vivid snapshots of rural Americana. He began contributing his creative talents on several regional album projects and working with different local artist, while putting the pieces of his puzzled musical life together. During this reflective time, his songwriting flourished. The creative flow of those productive years turned up on Hayden’s first solo album, critically-acclaimed 1993 release HOMETOWN CAFÉ. NWI radio quickly embraced the heartfelt music and word about Hayden spread fast to neighboring Chicago, and windy city radio stations like WXRT and WLUP soon picked up on his music. A National advertising company contacted Bill to do a commercial jingle for Kentucky Fried Chicken on the strength of his WXRT exposure.
STEELTOWN, Hayden’s next album was buoyed by more than 446 plays on Chicagoland radio, according to reports from BMI Music. Over 1,200 copies of STEELTOWN were snatched up by the public, who related to Hayden’s”common man” approach to life through music. Hayden’s success on college radio with STEELTOWN prompted an invitation for him to perform in Bloomington, Indiana at a special all-star charity concert. Hayden was also featured on the front page of the Bloomington Herald News paper the next day. Success for Bill Hayden seems eminent, as his newest material earned him the chance during the summer of 1995 to perform before key recording industry people at the prestigious Crossroads Music Showcase in Memphis, TN. A slot on the BEST OF THE REGION CD, which showcased the best of the Midwest’s unsigned artist followed. Hayden’s “Another Day” was one of the first tracks of the album to be jumped on by local radio. Newest album, “This Indecision is Final”, which will again pay tribute to his home state.
While preparing for his new album “Indiana Song” , Hayden has fielded an offer to work with rising filmmaker Mike Norris (son of Chuck Norris) to score music for “Justice”, the latest action packed epic from the Norris stable. “Nothing is in stone yet, but things are looking real good that Mike and I will work together,” said Hayden.

In 2000, Bill started concentrating on film and video projects, still playing with regional bands, Heaven Tonight, Gruv6, Ernie Givens and the White Lies band. After producing concert and music videos over the course of ten years in 2010 Hayden began working with an up and coming group called Bad Cadillac.
In 2013 Bad Cadillac began working on an original album project called “Dance the Night Away”, Three of the songs on the album were written by Hayden, Blind Faith, When we were Young and The Ballad of Hank Daniels Jr.
Hayden also got the job of producing the bands video’s from the album, with the first video “Fade to Rust” garnering over 102,957 views on be. “Please don’t Cry”, “Outlaw” and “My Reason” were the next songs to debut from that album with each over 100,000+ views. 2013 looks to be a very busy year for Bill Hayden and Bad Cadillac. Hayden continues to work with regional artist on projects and is writing as his creative juices flow.