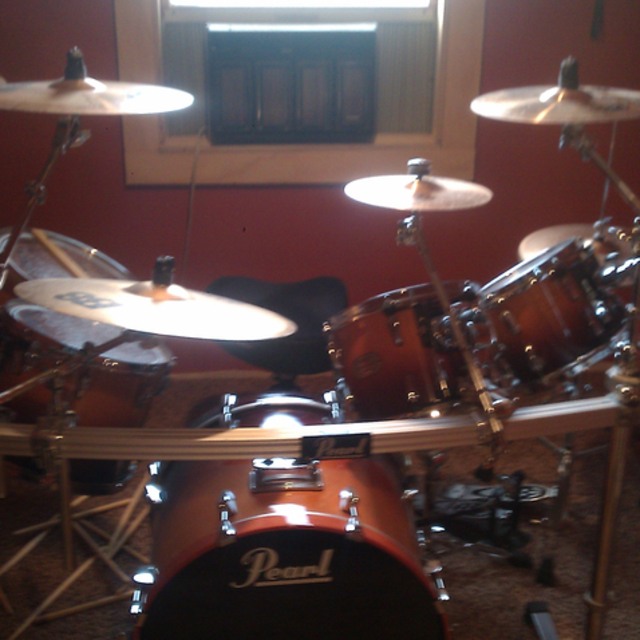 I have been playing set for ten years. It's my biggest passion and nothing's better than rocking out to some good old rock and roll. A big influence of mine as of recently is the Red Hot Chili Peps. The way they combine funk and punk with such nice, pretty tone is something I would love to try in a band.

I have a Pearl export series with a heavy duty rack system. Snare, bass, 5 Sabian B8 cymbals (including hi-hat) plan on upgrading too, 4 toms, a double kick (dd drums pedal), and numerous drum sticks...because, you know, those are essential hahaha.