Blame It On Cain + Band in Milwaukee, WI 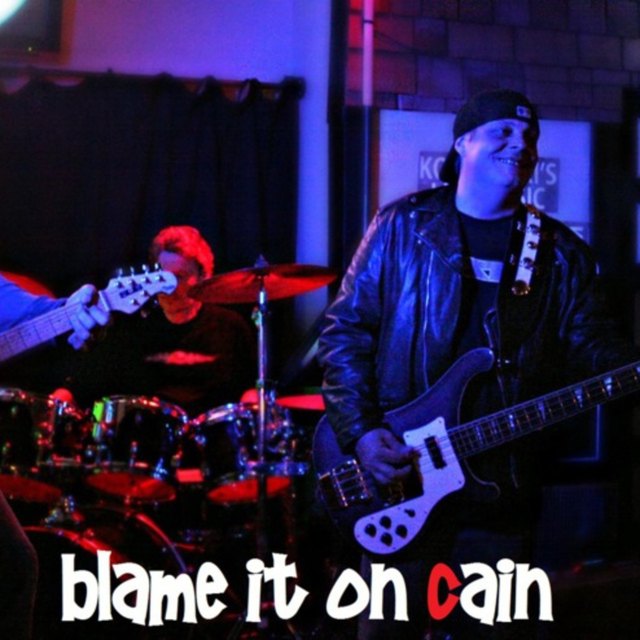 If you've found yourself poking around iTunes or Spotify lately, you've probably bumped into a litany of highly-polished, over-compressed, auto-tuned pop music. "What happened to rock?", you wonder. Happily, it's right here...in Milwaukee, USA.

As with many rock bands, Blame It On Cain is played on local radio stations and all over the internet, but Cain's success has stretched beyond some of those usual boundaries. Their song, "Yesterday's Happy" was released nationally on a compilation CD from Versailles Records. "Miami Beach" was the theme song for an animated web series based on the east coast. And the band was invited on stage to sit in on a couple of acoustic numbers with multi-platinum selling artist, Brian Vander Ark of The Verve Pipe.

Not ones to hang their hats on past accomplishments - a refreshed style and sound reinvigorated the quartet in the last couple of years and it sent itself back into the studio. What emerged were the tracks for what became, “Big Down Under” - the band’s latest album, scheduled for an April 29, 2017 release.

Named after the famous Elvis Costello song, Blame It On Cain is made up of Steven Anderson (bass), Sam Boettcher (vocals), Steve Draganchuk (guitar) and Rich Seegert (drums).

Blame It On Cain releases 'Big Down Under' at Kochanski's Concertina Beer Hall. April 29th. Show at 9pm!