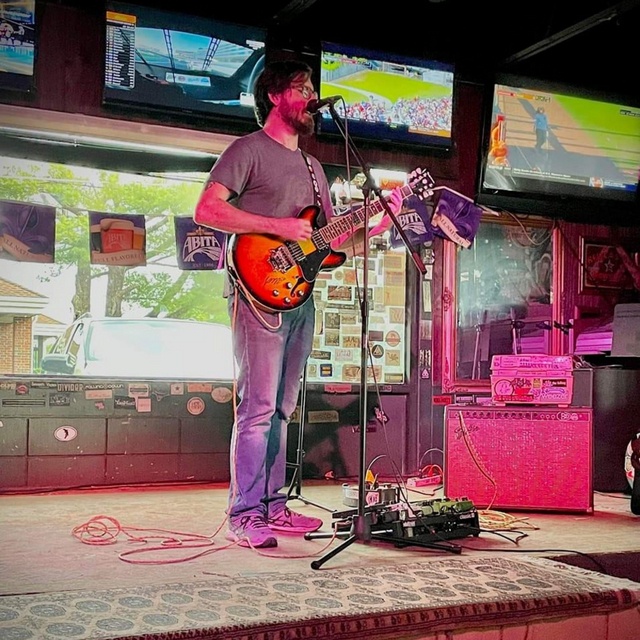 My goal in creating music is to create something to which I would want to listen. I love 90's alternative (specifically grunge), post-hardcore, and metal. I have played in a few different bands with a rotating roster of mostly the same bandmates. I have been a lead singer, a guitarist, a guitarist and vocalist, simultaneously, and a bass player who provided lead and backing vocals. Unfortunately, we rarely played any shows for one reason or another. That is part of the reason that I no longer play with these people. I want to play gigs and will be willing to work with whomever.

I am seeking a drummer, bass player, and possibly a second guitarist. I feel confident in my songwriting abilities and I am getting better at recording and mixing, but I would rather have other people with whom to collaborate and I am willing to swap bass and guitar duties as well as lead vocals.

If anyone is curious to hear more BKR, you can find all the songs that have been released on be, Spotify and pretty much anywhere else you can find music just by searching "Birthday Killroom".

I have a long list of influences, but if I had to choose a few bands who have heavily influenced me, they would be as follows: Queens of the Stone Age, Failure, Unwound, Shiner, Hum, Deftones, Drive Like Jehu, Cave In, Converge, Mastodon, Shellac, Black Flag, Local H, At the Drive-In, Melvins, Every Time I Die, Sonic Youth, Radiohead, Godspeed You Black Emperor, and Mutoid Man, just to name a few.

I have a custom built Telecaster, which I absolutely love. It has a single-coil bridge pickup, a humbucker bridge pickup, and if I pull up the volume or tone knob, I can split the humbucker.

I also have a Korean Stratocaster with a bridge humbucker, middle single-coil pickup, and bridge single-coil.

I have a precision bass and a jazz bass.

As far as my effects gear goes, I have a Line 6 POD Live XT and an Electro-Harmonix Big Muff pedal.