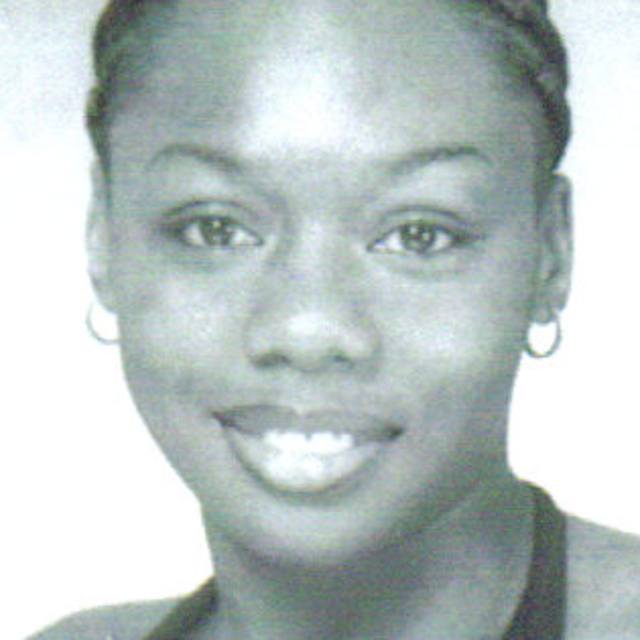 Like most rappers, Black Eye Kamp artists started at an early age, and began taking hip hop serious after being influenced by positive responses from kids and friends in their neighborhoods. After years of performing in Schools, Parks, Clubs and other venues in and out of their home areas of New York, Chicago and Alabama, they were brought to the attention of indie Label, Black Eye Records; Resulting in the release of their compilation CD, “Black Eye Kamp, Vol. 1”.

To maximize the flava of their first release, the newly signed artists were merged with members of M7 Committee, making their styles so diverse; the CD has something for all hip hoppers. With fans feed back best expressing it with their love of the Album’s variety of music styles all in one place.

Tha MISSES family claim she did her first show at age seven, when a guy walked by playing a boombox, and she began rappin’ with the track he was playing. They all had a good laugh, but didn’t take her serious until a few years later when they realized she was writing and rappin’ to her own rhymes. She taught herself to write about any subject, and listen to all the popular rappers, but was highly influenced by Tupac, which led to her friends calling her Tha Misses.

Growing up in Harlem gave her places to develop her skills, and she took advantage of it by performing anywhere she could find a mic. And by the time she was old enough to perform in clubs her reputation was well known, because she not only put on a strong show, she would battle any rappers, male or female. Misses is continually working on her career by recording a track for Black Eye Kamp CD, and special guessing on five more. Presently she is recording her own album and performing in the New York area. She has also toured throughout the South.

GENTILE is a Far Rockaway Queens artist we met at a recording studio. After hearing him rap, it was a case of he was too good to pass up. After several meetings and visiting a few of his shows, we knew his talent was real; His passion and intensity was so convincing crowds stopped dancing and stood in front of the stage. The best way to describe Gentile style is raw, unclassified, somewhere between Cool J, Busta Rhymes and Nas. He rewarded our confidence by writing and recording hot tracks for this project, and says his best is yet to come.

COR—Young and vivacious, the talented Cor (born Corey Flook) is bringing a new energy that most east coast rappers have been missing (at the youthful age of eight teen). The young rapper feels he is mastering the talent of what a rapper is to be. America hasn’t seen the talent where a young east coast rapper posses the stardom that we are looking for since Biggie (Notorious Big), 2pac, Jay Z and current rapper 50 Cent. From the young elementary age of nine attending school in the Bronx, Cor has been laying his fruits with many of his peers awarding him as the best rapper in the school. Even now many of the students gather around to hear a freestyle set in the hallway. This led him to talent showcase after showcase winning first place time and time again. Many saw Cor as the young rapper who would come up with off the wall lyrics placing him in the elite of the unique. “His lyrics are so advanced for someone his age” says his mother. Now at the age of eighteen, Cor wants the world to know who he really is. “I’m at the plate and ready to swing my bat; I will prove my talent and I am ready to become the next young rap idol that we all have been waiting for.”

CHURCH STREET MAFIA was founded by high school buddies, who hung out together and would rap just to see who could come up with hottest rhymes. After their impromptu jam sessions began drawing crowds, they decided to form a crew, and became an instant success in their hometown of Selma, Alabama. But they had something bigger in mind, and knew to be successful on a national level, they needed a plan. After some brain storming they put together a killa show, recorded mixtapes, demos and began a promo campaign.

As word and their mixtapes start getting around, Church Street Mafia was invited to play Atlanta and other nearby cities, of which some were with TI, Ying Yang Twins, Lil Flip and other artists. At a show in Atlanta, Adisa Jihad, a New York producer, caught their show, and is currently producing their album. As an intro to the music industry four of their songs are featured on Black Eye Kamp new CD.

LOTTO--Every once in a while an artist come along that have the whole package, and Lotto fits that description. He is not only a great performer; he writes his own music, lyrics and produces his songs... Born and raised in Queens, NY, Lotto began rappin’ at twelve, and was performing in clubs at sixteen. He has had several releases on indie labels, and a track on Main Source last album, along with The Lox and Shaqueen. As a member of a crew call Ambush, he help record their Album, producing five tracks, one featuring Guru. The CD is being sold online.

Lotto keeps busy by performing, writing and producing tracks for himself and other artists. He has also recorded a mixtape that is hosted by Ike Love, with guest artists, The Lox, Guru, Mikey D, Grandaddy I. U. and other artists.

ROB O grew up in Hollis Queens, an area of New York where hip hop was a way of life, having produced such artists as Run DMC and Ja Rule. They were the artists Rob O and his friends wanted to be like, but at thirteen when he began taking hip hop serious, his influences were more toward NWA members, Ice Cube and Dr Dre, which is reflected in his writing style.

Being aware of the pitfalls of the music industry, and not wanting to end up a wannabe, Rob is continually crafting his writing and performing skills by writing new songs and performing throughout New York and the East Coast. And it seems his hard work is paying off since he has his first two releases on “Black Eye Kamp” new compilation CD.

BIG POOH may understand the different flavas of hip hop better than most rappers, having been born in Chicago, and experiencing that scene until fourteen. He then moved with his family to Philadelphia, where he first experienced and fell in love with the East Coast style of rap and battles. After two years he moved again to Oklahoma City before settling in Harlem.

Since moving to Harlem Big Pooh has put the knowledge he gained while moving around to good use. He has released three successful CDs, two mixtapes, and regularly appears on other rappers mixtapes, including Kay Slay. His CDs, mixtapes and a strong show allows him to keeps busy touring the College circuit and Clubs.