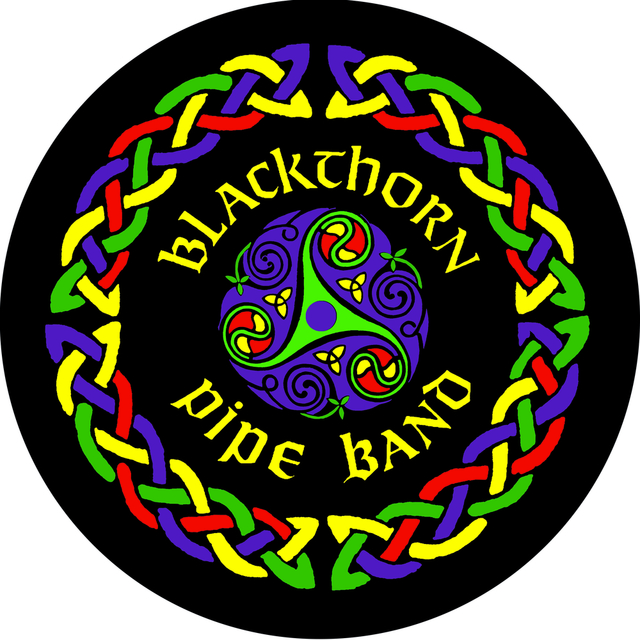 The Blackthorn Pipe Band was founded in 1982 in Westchester County, New York. Its pipers and drummers live in the New York metropolitan area and represent all ages and walks of life. The Band remains true to its founding principles and mission of fostering the musical heritage of Ireland and Scotland as embodied in the bagpipe, the musical instrument so closely cherished by the people of both cultures. From the beginning the Band has performed at many community events. It participates in community parades and concert performances. It is based in NY and encourages and supports people of all ages to embrace the instrument and the music of the Celtic people. Blackthorn Pipe Band is a member of the Eastern United States Pipe Band Association and has competed in its grade level at Pipe Band competitions. The band wears the ancient blue kilt and its colorful logo represents mythological celtic themes.

To support its mission of "keeping the tradition alive," Blackthorn Pipe Band welcomes inquiries from pipers and drummers who may wish to join its pipe or drum corps. While we are a registered EUSPBA band, our primary emphasis is on public and private performances. We have different levels of piping and drumming talent, including competition level players, and our continuing goal is to improve our musical repertoire and our standards of performance. We prefer musicians with some experience and a commitment to attending all band functions and weekly rehearsals, which are held on Tuesday evenings in the Woodlawn/Yonkers area.