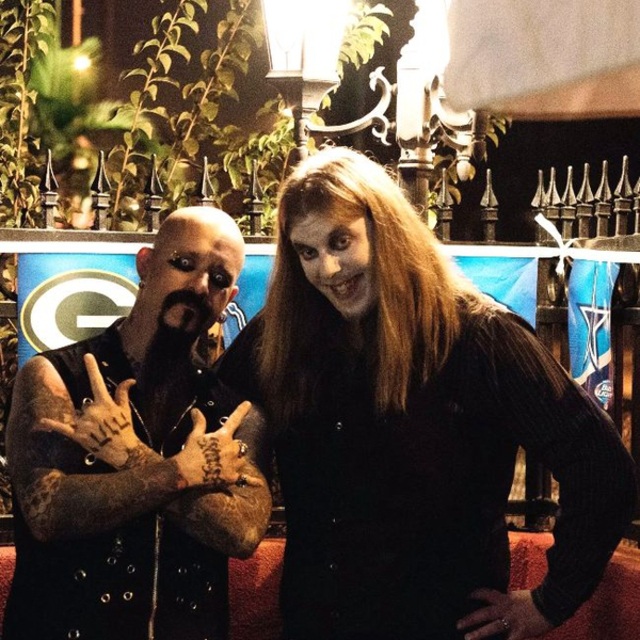 Blakenstein is not a local club band. We are a Stadium Act ready to explode. Seasoned; well known and killer sounding pro shredders in the band; no weak links. Our plan is very few local big venue shows & we're off to Latin America & soon after Europe. We're connected and have all been successful in the music industry.

Blakenstein is the next EPIC band to step up to the big plate.

Live; Blakenstein’s stage show is a high-energy, theatrical feast. Blakenstein is consistently ranked in the top 10 on Reverb Nation’s Metal charts, and their first single “Sanctuary” was released globally on Versailles Records “Guitar Wizards” compilation, released 1-14-14 & is distributed by Best Buy. James "The Hit Man" Mills is the Official Graphic Artist for Blakenstein.

Jorge's gear is endless. He's endorsed by DW Drums so he has 3 Nine piece double bass DW kits; an array of cymbols, including a Large gong, mics, triggers; he's endorsed by Anvil cases, Axis and the list goes on.