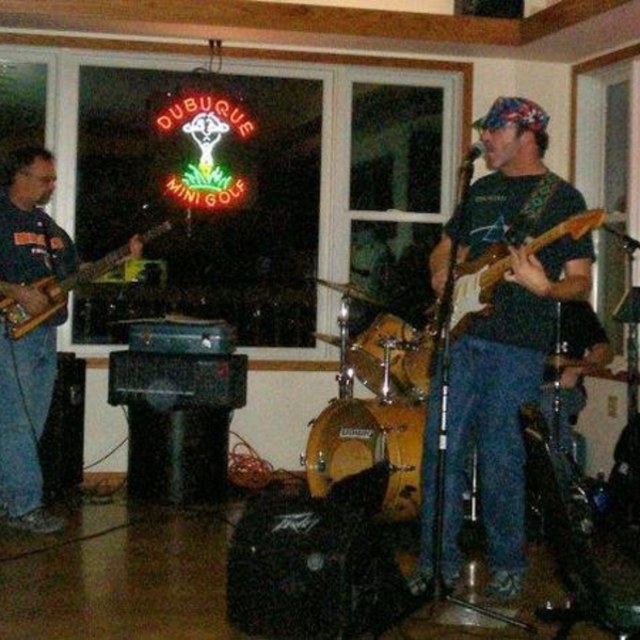 The last band I had played with was "Good Trouble" ://./goodtroublers, in Dubuque Iowa, in 2008. Prior, I had played with The Bluff Street Band at the Mississippi Mug, featuring Dave Young on blues harmonica as the house band.

Another project which focused on classic rock in the British Invasion vein. "The Hippies" worked out many tunes from The Animals, The Troggs, The Beatles, The Who, The Stones, Cream and many more. A fantastic project which was very enjoyable for me.

Previously, I had played with Dreamers Edge, a Christian Rock band based in Cedar Rapids, IA. Performing originals and covers, we played many festivals and opened for recording artists Petra, Apologitex, Jenny Varnideau.

Numerous other bands prior including, BackSpin, Kunsan Sal, and Touton Hall.

"Touton Hall" was a project I had started with some Air Force buddies back in 1983. We quickly found that the material we were doing was in need of another guitar player, and I enlisted the help of my good friend Ric Toole. He and I had played together since our early teens and we meshed well together, especially in Southern Rock. He agreed to join the band and moved from Jacksonville Florida to Fort Walton Beach, where I was stationed. We rehearsed for 9 months straight, daily, without playing a gig. When we played our first night out, many people had wondered where we came from. The band was exceptionally tight. We performed originals as well as covers from Lynyrd Skynyrd, Molly Hatchet, Marshal Tucker, Pink Floyd, Led Zeppelin, Def Leperd and Bad Company, to name just a few. Ric has his own project, "The Ric Toole Band".

Being very much into music since a very young age, it is not possible for me to list all of my influences. I short list would include the following: