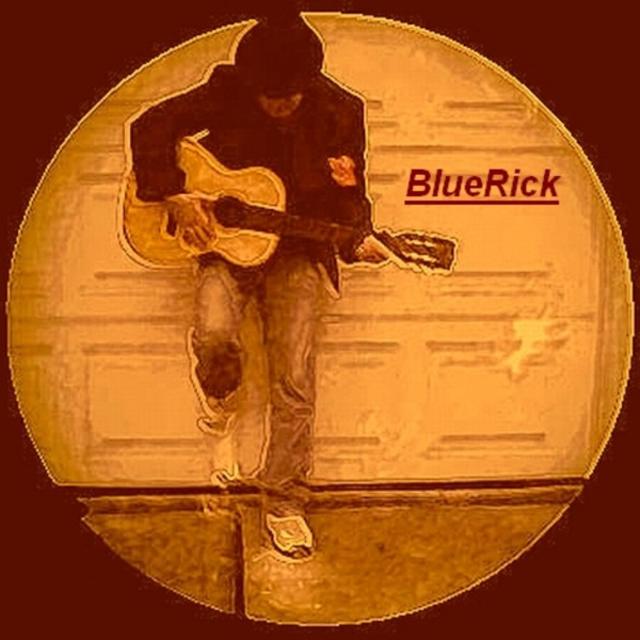 BlueRick, is the performing name of Rick Solomon. Born in 1945, he comes from a musical background and has played and sung since childhood, first performing on the Horne and Hardart's Children's Hour on TV in the very early 1950s at the age of 4-5 years.

As a teenager Rick started playing in bands, and, though underage, played local bars in the Bayside area. While in college, at St. John's University, he briefly performed with the Brooklyn Bridge, substituting for a sick band member. Rick continued playing in several local cover bands over the years as well as doing commercial spots. He later fronted a Long Island blues band called Smoking Guns until they broke up in the mid 90s and more recently was associated with the Bobby Kyle Blues Band.

BlueRick has been a featured solo performer at guitar shows, expos, and street fairs in the local NYC metropolitan area. He has headlined in clubs all along the North and Southeast coast as well as Toronto, Canada.

A multi-instrumentalist, Rick often performs as a solo acoustic act, though he also has fronted many local bands and he is an 'on call' studio musician.

Currently, Rick owns and maintains his own website: .bluerick. In addition his videos can be viewed on be. His music can be purchased on all major music distribution sites.

These days Rick writes, composes, performs, records, and markets his own original style of Blues, Country, Country-Pop, Rock, and Reggae from his home studio, BaysideBlue Recording Studio in Bayside, N.Y. where he has recorded two albums and is at work on his third. He is also active as a live performer.

In addition Rick is working on a Novel entitled 'Promised Land'

I got what I need. You can reach me at trubluerick@msn.com