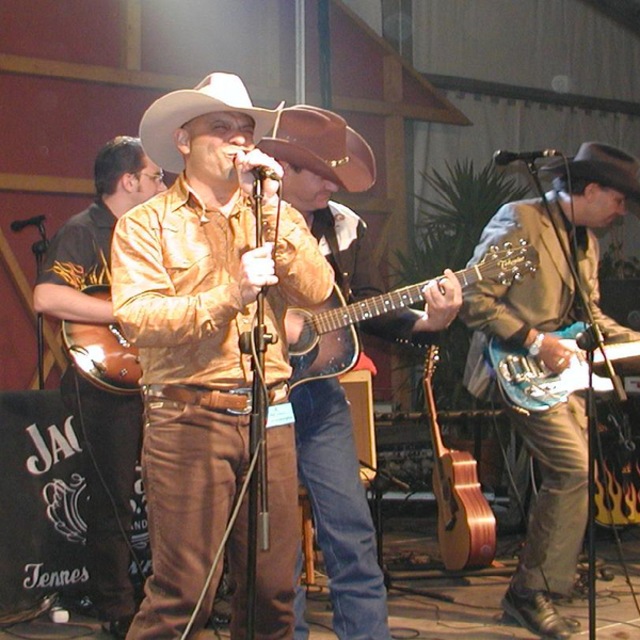 Vocalist and Drummer played both together and separately in various groups.
Was lead vocalist for Big Guitars from Memphis from 2003-2010 playing numerous gigs around the Midwest including opening for Tim McGraw Country Thunder in 2005. Tours in Europe 2003 and 2006 in Denmark and Austria.

As drummer played in many rock and blues bands plus a couple years with the jump swing band the Rhythm Rockets.

My vocal style is soulful with strong projection. Baritone but able to work in some tenor arrangements. As a drummer I am not a technical player but have a strong feel, can shuffle and groove well and have the "less is more" philosophy.
Am a self taught musician with a blues feel.

I am hoping to find myself playing with a blues based group with a grooving and solid bassist, a lead guitarist with feel that can play clean and make it sing, and an organist/pianist that can keep it blue. I think I would be happy fronting the vocals or being the drummer, but not both if I am to be most effective. I could imagine being vocalist and having an additional kit to do some double drum playing for show but not necessary.

Screen name:
Blues-vocalist-drummer
Member since:
May 07 2011
Active over 1 month ago
Level of commitment:
Committed
Years playing music:
35
Gigs played:
Over 100
Available to gig:
2-3 nights a week
Most available:
Nights

I have been influenced from Louis Armstrong and Gene Krupa, to Bobby Blue Bland and Robert "Huckleberry Hound" Wright, to name a few. But really a great many artists have left lasting impressions on me.