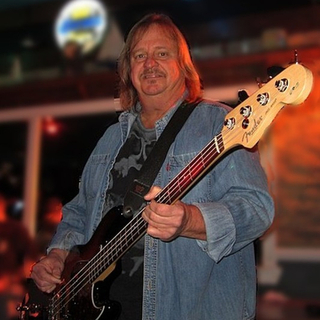 I won't claim to be the best bass player out there, but I can hold my own. Although not a spotlighter, I can and I'm not afraid to step up. I'm into rhythms, so I play along with my drummers, yet like to work some lines around the guitarists too.

Played over 20yrs in cover bands, mostly 3pc, doing top 40, classic, R&B, blues and some country. Aerosmith to ZZ Top, SRV, Robin Trower, Audioslave, to Zeppelin, Beatles and Stones add a dash of Chilli Peppers, Green Day to Black Sabbath and Deep Purple. Having played in a band with a female singer and you've widen the horizons even more to the music of Joplin, Airplane, Blondie, The Pretenders, Heart, Aretha Franklin, Tracey Chapman, Alannah Myles and more. New stuff, old stuff, makes no difference to me.

I can easily get into some free form style jammin just to break away. If you want to get together and even just do some no strings attached stuff and a few cold ones, look me up at Bobthebassplayer at gee mail dot com. Get it? Stage, bars, basements, backyards, been there, done that. Don't matter to me.
Let's do some beers and basement jams. WTF?

Probably every bass player out there that isn't afraid to add their own style to what they are playing and my Dad.