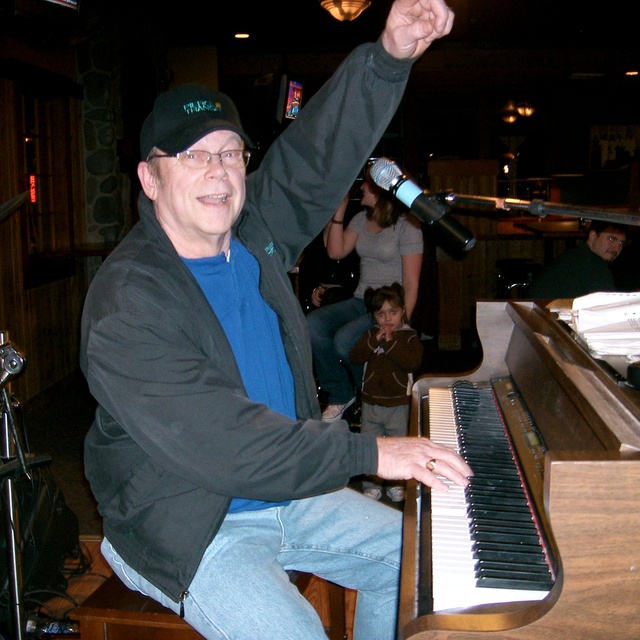 I am a retirement aged keyboard player who has been playing for more than 50 yrs. In my first band in hi school I played lead guitar, but switched to bass while in the military after realizing that there were more than a million guitarists out there and they were all a million times better than me. while still in the AF i switched to keys to join a band that already had a bass player. I have been a singer since I was in the crib. In the 60's I played mostly cover songs, in the 70's I played most of the same songs. In the 80's I still played the same songs but we were called 50's 60"s bands. In the 90's we played the same songs but we were Classic Rock.

Seriously, tho' over the years I have played in blues bands, cover bands, top 40 bands, and kept myself fairly current musically.

I like playing in groups that have bass players, but I have played key bass on several occasions, sometimes when in a trio set up and other times when the bass player played other instruments and I covered the bass.

When I was younger And looked like Elton John, I was a professional Look-like, but when my hair got thinner and his got thicker,....................well, I'm sure you got the idea. I did put and E.J. tribute band together and still can do many of his older hits.

I've had 4 Hammond organs, which I've given up and replaced with several rack mounted sound modules like a Korg TR-series and the Oberheim B-3. I Also have a Nord Electro that does a pretty convincing B-3 w/ Leslie.
I Also have a couple of Roland Keyboards and an old Casio CZ-1 that has some pretty good synth effects if ever needed.