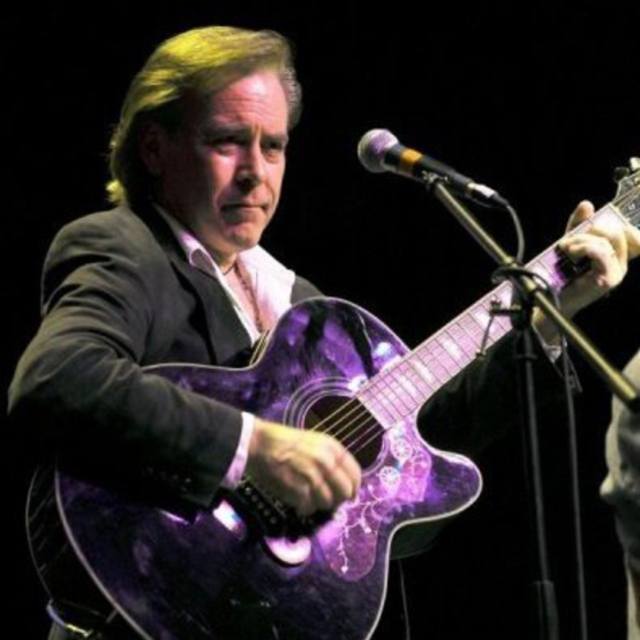 Bob spends much of his time as a studio guitarist as well as Performing Live with National Acts.

Bob has put together a band that consists of unbelievable musicians. Musicians "Formerly Of" other National bands. He also enjoys bringing entertainment to all with his band "Hollywood Chalet", trio Project "Bobby Hollywood & The Hills" and Duo Project "Brock And Abrams".

Brock and Abrams have received standing ovations while opening for Classic Artists such as The Guess Who and Paul Revere and The Raiders. They are popular in the Chicago and National Music Scene, playing clubs, venues and festivals. Brock And Abrams were voted as one of the Top 5 Duo's in Chicagoland for 2010 by Suburbanites Magazine.

Bobby is well known for his guitar and vocals with the Rock Blues Band, Ukiah, who have performed in such legendary venues such as BB Kings Hollywood, and the World Famous Whiskey A Go Go. Fans have raved over his versions of "Oh Darlin" and "Bell Bottom Blues". Fans travel from as far away as Canada and the U.K. to see him perform.

In 2009 Bob was named one of the Best Acoustic Solo Performers by NiteLife Magazine. In June 2010 he reached number 9 on the ReverbNation Chicago Rock Charts. He has received numerous accolades from non-profit and benefit organizations for his work with them. He enjoys supporting events and fundraisers for good causes. Over the years he has met and shared the stage with many great people.

Bob Abrams began his music studies at the age of 4 on his father's piano. His father, Bob Abrams Sr. was a classical pianist, a sort of child prodigy in his day. Bob also sang along with his mother and was in the church choir. Bob got his first guitar at the age of 11, his first true love. The first record he bought was a 45 of "Hey Baby They're Playin' Our Song" by The Buckinghams. His mother thought they were "nice clean cut young men" not wild like those other bands. Bob played like any other aspiring musician in many rock and garage bands as a teen. He moved many times as a child from Philadelphia, PA, to El Paso, TX, the suburbs of Washington D.C. and finally to Dayton, OH. There he studied music at Wright State University, focusing on Music Theory and Vocal Performance. At age 20, Bob began touring nationally and internationally.

Bobby Abrams, is probably best known as the former lead guitarist for The Buckinghams. Bob enjoyed playing with The Buckinghams for over 24 years. During The Buckinghams' Concerts, fans and friends especially enjoyed his vocals and guitar on the James Brown classic ?I?ll Go Crazy?, among other great songs like a Live version of Tommy James? ?Crystal Blue Persuasion?. As well as Bob's soulful vocals to ?Mercy Mercy Mercy?.

With The Buckinghams, Bob has appeared on: Entertainment Tonight, The Nashville Network?s Classic Rock With Wolfman Jack, PM Magazine, Good Morning America and numerous national, local, and cable television shows including The PBS Special, "Sixties Pop Rock Reunion". Bob was honored to play in venues such as The Greek Theatre and The Sky Dome. He also played two Presidential Inaugural Balls. He enjoys performing the National Anthem, which he did many times along with The Buckinghams at many well known stadiums across the country and regularly at Chicago Cubs and White Sox Games.

Bob is available nationally for projects and tours, as well as Solo, Duo, Full Band, Studio and Sub/fill in.

Also available for chart writing and transcribing. Real Book ready as well as own book of charts and arrangements.

Screen name:
BobbyAbrams
Member since:
May 27 2008
Active over 1 month ago
Level of commitment:
Touring
Years playing music:
45
Gigs played:
Over 100
Tend to practice:
More than 3 times per week
Available to gig:
6-7 nights a week

"When Bobby plays here it's always a great time. Bobby has some of the best fans and friends in Chicago... and some of the most talented friends I've ever seen anyone have." - Sue (venue owner Coach's)

"Bobby Abrams is Talent. He not only plays a mean guitar and entertains.. but he knows everything from stage set up, sound engineering, lighting and backline... to fan interaction. Bobby is easy and fun to work with. Show went smoothly.. like butter."- Brian FOH Sound

"Bobby Abrams... had bought that song for his first 45 and fate took hold... he got a guitar at age 11 and became so good at it.... Bobby Abrams is still rockin Chicago" - Scott Shannon- TrueOldiesChannel (Jan 2011)

"Brock and Abrams sounded great last night ... we got there early enough to hear part of their soundcheck and even in rehearsal they were "spot on""- Kent Kotal, ForgottenHits (Aug 29, 2010)

"...This guy sure works hard. He's always out there checking the setup with the road crew and sings his heart out later."..- Hal from Elk Grove Village

"... your contribution made the event a major success. The musical entertainment was fabulous and enjoyed by all."... - Giant Steps Illinois