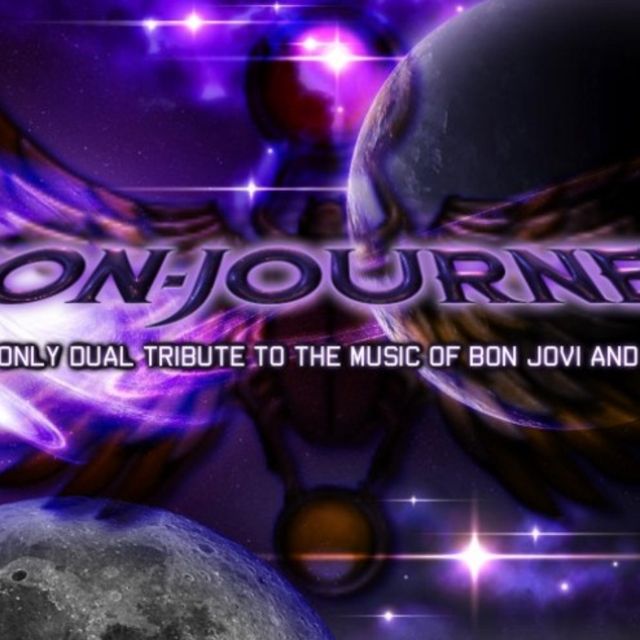 Since 2006 Bon-Journey has been performing all along the east coast to fans of two of the greatest pop-rock acts of all times: Bon Jovi and Journey. With over three decades of chart topping hits, both of these artists have built a catalog which has easily become the soundtrack to many summer nights and always guarantee a night of singing along and parting with friends.

Besides working at some of the finest clubs and venues around the group has had the opportunity to perform for numerous colleges in the U.S. such at the University of Pittsburgh, Penn State, Washington Jefferson, Carlow University, University of New Haven, Lebanon Valley College and others. The act has also shared the stage with numerous national acts including LIVE and Mickey Thomas & Starship as well as have performed the National Anthem at regional sporting events.

From Connecticut to Tennessee and everywhere in between you can always tell where the party is going to be when Bon-Journey is in town!.

In November 2006, Bon-Journey was the first-place winner of the ZBands Battle of the Bands due to the overwhelming response by it's website visitors from all over the world. November 2006 also brought the distinction of being selected to be one of the featured artists on the TributeCity web site. Fall of 2007 brought the group the distinction of being voted the #1 Tribute Band in the Pittsburgh City Paper and again in the Fall of 2008 by an overwhelming response from its readers.

Headlining again for the second year in a row!

First time at Wheeling Jesuit for this private event.

Returning for the second year in a row, Bon-Journey will make the school year and tax time just a little easier! Prepare to sing!