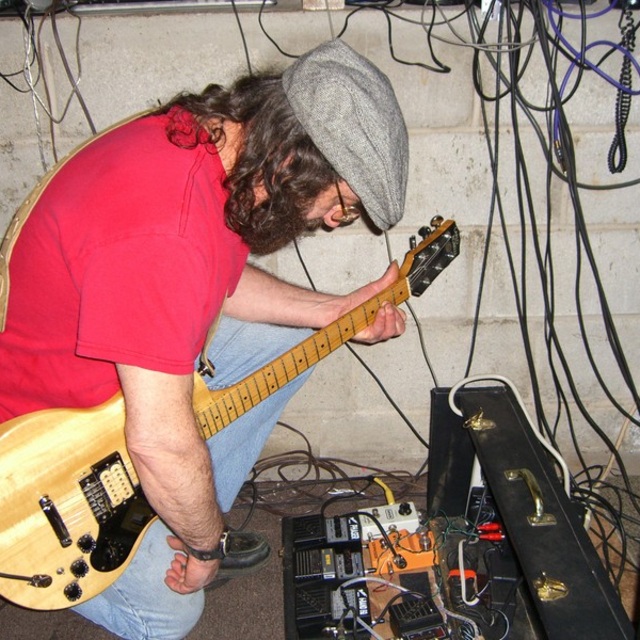 I've been in rock groups since the '60s, one of which (Southern Comfort) played weekly in various bars on Long Island. When I moved to Westchester, I joined the group The Strangers which played everything from the Stones to The Police up to three times a week. Most recently, I formed the rock group BoScoDen which played a variety of tunes, mostly originals. We had over 4000 fans on the popular networking site and were starting to play gigs when the other members decided to relocate to Arizona to get some sun. So that basically leaves me without a band but with a ton of original songs, a working knowledge of the Northern Westchester music scene and a desire to get out there and have some fun. I'm currently playing with a drummer-Steve who is incredible and so easy to work with. We usually get together Thursday or Friday evening in my basement studio in Shrub Oak. To jam with us call me 914-589-9535. A few more things about me: I graduated from Stony Brook University as a classical guitar major with more of a focus on composing. I've composed classical pieces for musicians from the Metropolitan Opera Company as well as for school bands and orchestras. With my background, I'm pretty much able to arrange anything but my real passion is rock. So sum me up in one sentence, I love helping people make their own music and I hope people will want to help me make mine.

With so many years of my life dedicated to music, I've pretty much heard and seen it all. My first love was of course the Beatles. I saw them in 1964 at Shea stadium and even though i was only 11, I still think that's one of the best concerts I've ever been to. After that I pretty much became a folky and listened to Bob Dylan, Alro Guthrie, and Joan Baez. After that, it was back to Rock and the Allman Brothers, Lynyrd Skynyrd, and the Eagles. But by far, my favorite song is Layla by Derek and the Dominoes.

On top of this I've rigged my basement to be a 16 track recording studio. Its not much but its good to mix a demo in.

Bob and Steve are getting together in Bob's Basement, Shrub Oak, NY. We'd like to have people come play with us. If everyone feels good about it I'll record it and email you an mp3 file. (914)589-9535