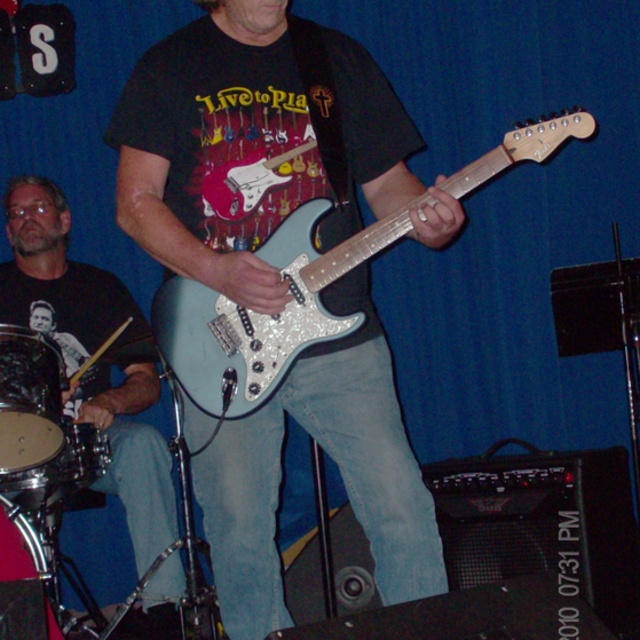 I've been playing guitar since I was 10, playing bluegrass with my dad who played the banjo & guitar and my uncle who played dobro & guitar. As I grew up, I started playing country, pop & rock. Anything I heard that I liked, I played. Played in many bands over the last 40 years, the most recent being Rock of Ages, a local band of extremely talented seasoned musicians. The band was formed to play mostly cover songs from the 80's but everyone in the band could play songs from any era and genre. All members had songs which they sang lead on, but I sang about half of the songs we would do on any given night. We all sang harmony backup as well, which gave us the ability to cover bands like the Eagles almost perfectly. Unfortunately, we lost our drummer to retirement and have not had any luck finding a replacement. I joined the band in 2015 and we played many gigs including House of Blues at least 7 different times over the past 4 years. Because of personal reasons, our leader and guitarist has decided to leave the band and, therefore, Rock of Ages is no more. Our bass player and I want to start up a band with like minded players. We are both seasoned musicians and can play songs from any era and genre. We are wanting to play an eclectic list of songs from the 70's up to today. We have a drummer lined up and another guitarist, so hopefully we will be up and running soon. We still need a kickass keyboard player, preferably female, who can sing. If interested, hit me up at bnpartain@hotmail.com.