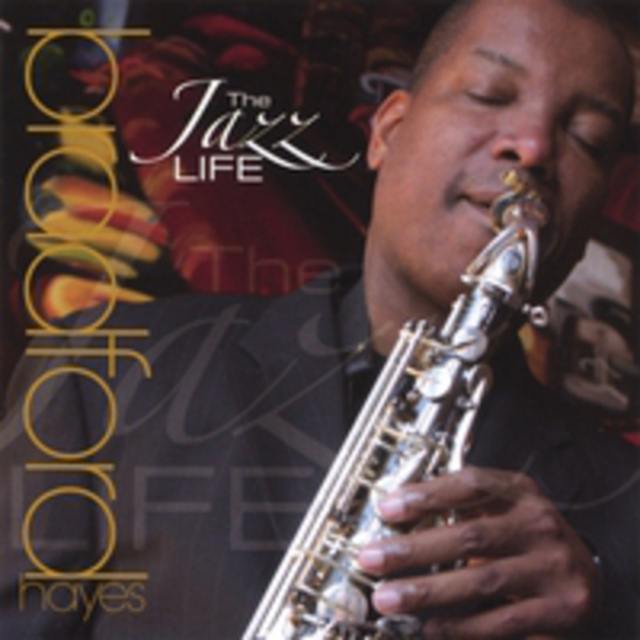 BRADFORD HAYES, a native of Petersburg, Virginia has been a force on the jazz scene in the Northeastern U.S. for many years now. He has performed at a number of club, colleges and concert halls that include Birdland (NYC), SOB’s (NYC), and the Beacon Theater (NYC). Bradford has performed in different musical settings with Jimmy Heath, Al Grey, Cecil Payne, Rufus Reid, Ray Bryant, Winard Harper, Ben Riley, Dr. Lonnie Smith, Cecil Brooks III, Jerry Butler, and The Dells. Mr. Hayes has also opened for Chico Freeman, Betty Carter, Joe Henderson, Max Roach, Marlena Shaw, Pieces Of A Dream, and the late Hilton Ruiz among others. In addition to leading his own band, Bradford had been serving as Musical Director for Babatunde Olatunji’s Drums Of Passion Band for several years, until Mr. Olatunji’s passing. Bradford also performed with Mr. Olatunji at Yankee Stadium during Nelson Mandela’s 1st historical trip to the United States after his release from a South African prison.
In October 2003, Bradford along with 4 other musicians became the subjects of a photograph taken by legendary jazz photographer William Gottlieb. This was the first photo of musicians taken by Mr. Gottlieb since 1948. In addition to this photo session Bradford and the other musicians selected, are also featured as part of a PBS documentary about Mr. Gottlieb.
According to Dorothaan Kirk at WBGO-FM in Newark, NJ, “Bradford is a young man who deserves more recognition”. Mr. Hayes has also been a successful music educator for 20 years. This connection to education, and his knowledge of jazz, makes him an excellent clinician.

Stage, Screen, and Radio
Featured in a TV commercial for Virgin Atlantic Airlines, shot at Birdland (NYC).
Featured on Cable’s “Jazz in the Park”
Featured on “Jersey’s Talking”, a Cable TV show.
Featured in a stage production of “Lady Day at Emerson’s Bar and Grille” with
Loretta Devine (Waiting to Exhale,” “Dream Girls”, etc.)
Featured on “Jazz in the Garden” for WBJB-FM in Lincroft, NJ
A featured finalist on Black Entertainment Television’s “Jazz Discovery”
Writer for WBGO-Jazz 88’s JAZZAMATAZZ Magazine for Children.
Resident for NJPAC’s United Way Arts Academy.
Photographed by legendary jazz photographer William Gottlieb, along with Javon Jackson, Hilton Ruiz, John Lee, and Bill Saxton, and featured as a part of a PBS documentary about Mr. Gottlieb. (October 2003)

Some of Bradford’s Performances Include