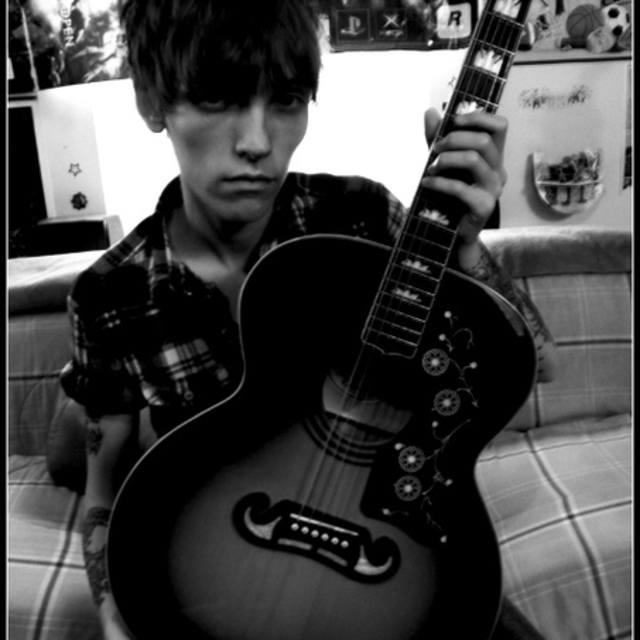 My name is Brad, and this is my artist page. I play a wide variety of rock music, I don't like to be categorized, and I play what I feel at the given moment of time. I was inspired by such artists and bands as; Pearl Jam, Pink Floyd, Soundgarden, The Misfits, Metallica, Mother Love Bone, Nirvana, Korn, White Zombie, The Ramones, Alice in Chains, ACDC, Avenged Sevenfold, Lamb of God, Temple of The Dog, Stone Temple Pilots, Creed, Alter Bridge, The Who, Chris Isaak, Roy Orbison, Johnny Cash, Elvis Presley, Buddy Holly and many more artists that have influenced my musical passion. I look forward to bringing you music from someone who loves, listens, and also enjoys playing music as well. I live for this, and it has always been my passion to write and create music as a whole. I work constantly, practicing day and night, just because I love and care about music immensely. I have a lot of material written and ready to play. If you like my music, please add me, It will be greatly appreciated. I will keep you posted, until then, Thank you for your support. (Brad ) I am currently working on an Acoustic Album which will be released soon. Keep checking back for more info...
or visit ://.bradhuffman.webs/ for all of the latest info on what i'm currently working on.

Later on I will be looking for a lead guitar player, drummer, and bass player. For more info ( 513-461-4261 )
After a little over a year, I have finally finished my album ://.cdbaby/cd/bradleyhuffman

Everything you could think of. I have my own studio, and already have equipment to gig with. Below is only half of what I have.
http://i283.photobucket.com/albums/kk286/AmericanWitchDoctor/CoveStudioTour-1.jpg
After a little over a year, I have finally finished my album. It is available at http://www.cdbaby.com/cd/bradleyhuffman