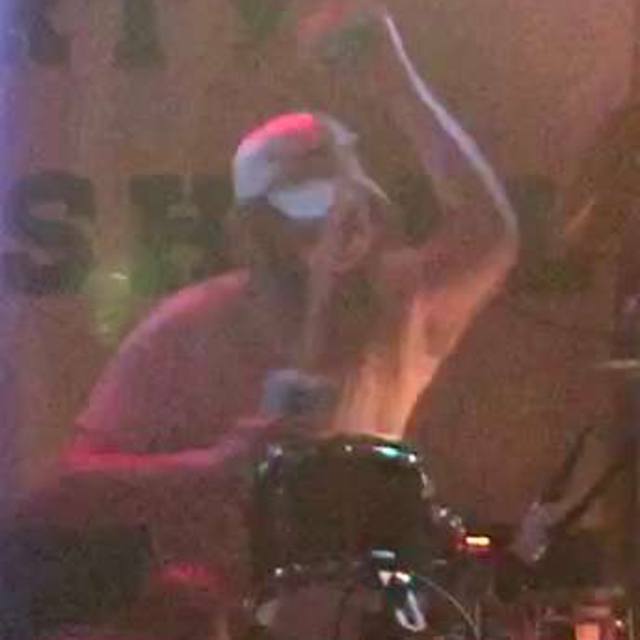 TLDR; find a picture of David Lee Roth jumping off the drum riser and doing the splits mid-air. I'm a drumming version of that. I want to be part of a group of guys who are all producing live rock entertainment at that level of output.

My primary professional goal is to create sacred experiences of rock concert transcendence playing heavy pop rock in front of large numbers of fans. My current best-prospects focus and vehicle for this goal is hook-pop hard-rock band Dirty Bombshell, of which I am a founding member.

All show some combination of Herculean effort, Olympic-level output, instrumental virtuosity, emotional passion, large personality, and the skill and craft to communicate all of this to audience members in live performance.

I'm also a member of The Recording Academy (Grammys), drummer for Doom & Disco, and showrunner of two speculative projects, Trenage Amois and Tainted Angel. I was the drummer of Solar Trance during its heyday.

Dirty Bombshell is in the market for great live rock talent. We currently envision adding two members (a guitarist and a front man), each of whom needs to love this music and concept and wants to be part of a group that seriously Brings It live. We're currently gigging to promote our debut album and songwriting for a second album.

Both Dirty Bombshell and Bradley Neil are pretty easy to find on the web. Get in touch! I'm always interested in connecting with like-minded entertainers. I see lots of dreams but not much ambitious action. The few of us with the latter need to know and help each other.

If your goal is to provide superlative entertainment in genre rock, and if you have a documented record of doing so at your current level, and if you're serious about scaling up your achievements, find me on the web (my personal domain dot net or the book of faces) and get in touch.

My most important equipment is my mind and body and how I use them to both experience and create emotional reactions in myself and an audience.

With that "equipment" as a baseline, I also have an in-house rehearsal space and project studio with 28 simultaneous inputs for single-pass full-band recordings and acoustic treatments for isolation.

I have multiple drum kits, each with different optimizations for recording, travel size, speed of set up, and stage volume, for deployment as needed.

My experience is that most (not all!) gear-heads ultimately try to use gear in a (failed) attempt to compensate for their failure to be interesting to audiences. At the end of the day, when it comes to live rock, an effectively communicated, authentically interesting personality trumps gear every day of the week.

I like gear and great sounds and technical details, but the importance of that stuff to me pales in comparison to my primary mission, which is transcendent live performance.