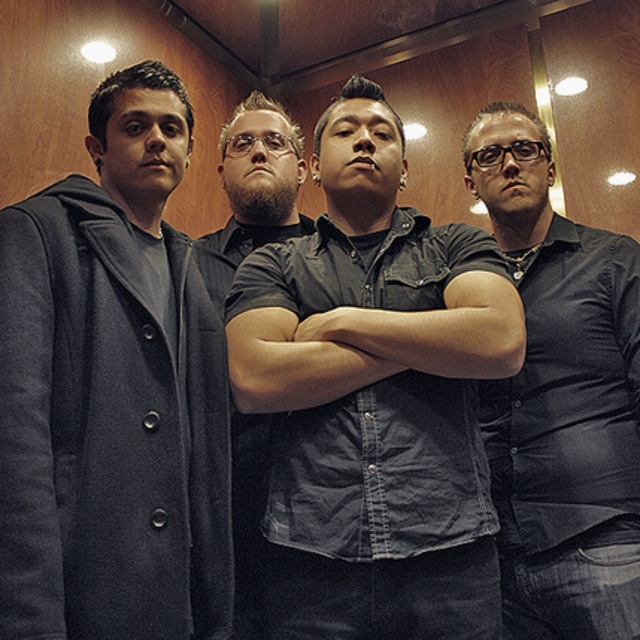 Breaking Serenity a brand new band that so far fans characterize their musical style as a modernized cross between All that Remains, and Bury Your Dead. Breaking Serenity, with heavy, hard driven guitars, has combined rock, alternative and hardcore music styles for a head banging beat you can imagine people of all ages, across the board rocking out to. Breaking Serenity, out of Norco, California broke out of the Country Western mold and hit the Town hard with their first band Cries Of Heaven and Hell in 2005. Cries of Heaven and Hell also known to fans as C.O.H.A.H, recorded 3 CD’s of their own original written music and played venues throughout Southern California creating a huge fan base that stretched across the Continent. Rhythm/Lead guitarist Niko Garcia, along with twin’s bass player Nik Garcia and drummer Greg Garcia started playing together during their freshman year in High School. Their band Cries Of Heaven and Hell played shows opening at the Whiskey, and the galaxy theatr for bands such as All That Remains, Kittie, Walls Of Jericho, Suicide Silence, and many more. Upon graduation, the original band went its separate ways although the three Garcia’s continued to play, jam, and stretch their musical talents. They added Lead/Rhythm guitarist Henry Aguilar who brought in a solid full sound, and together, the 4 created Breaking Serenity. Breaking serenity is an upcoming band that even while looking for a vocalist, has the listener lost in a flash. The band writes all of their own music and practices each and every practice as if they are playing to huge crowds. We want our fans to feel our emotion, we have all been through broken promises, lies, betrayal, and continue to go through the daily struggle of this journey called life. “Never let go of something you cannot stop dreaming about” says Drummer Greg Garcia. Writing music that our fans can get lost in is our passion. We live for the music. The moment of the breakdown, when everything else falls away and your head is banging on its own accord. – Breaking Serenity Breaking Serenity recorded their first EP Looking For A Voice at Love Juice Labs in Riverside, California. Contact Info: breakingserenity

Ideas of vocalist for breaking serenity are in the lines of All That Remains, Bury Your Dead, Seven Dust, Bleeding Through, Throwdown. Keep in mind we are very opened minded to music and are willing to try out who ever wants to try out

Bury your dead,Throwdown, All that remains, Godsmack, Sevendust etc.