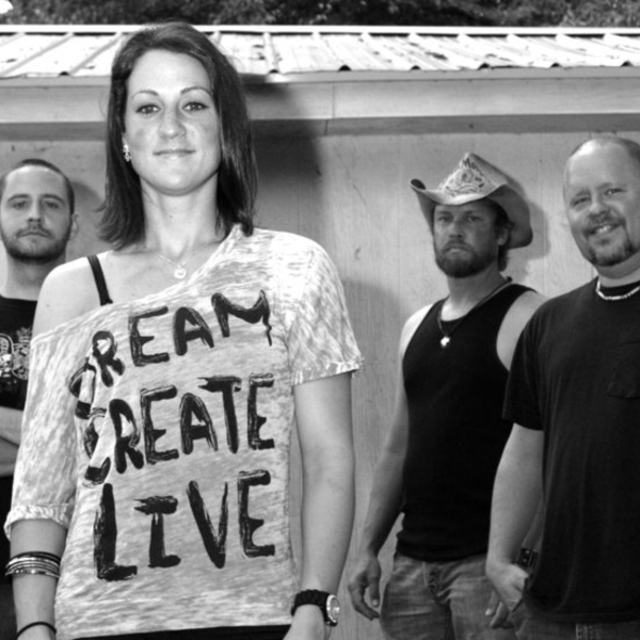 Born in Edmonton, Canada while her mother was on vacation, BreAnna grew up in Theodore, Alabama and enjoys dual Canadian/American citizenship. She started singing at an early age, winning her first talent show in the 3rd grade, singing for the Governor and being crowned "Teen Idol" at Theodore High School. She went on to perform numerous times at the Alabama Pecan Festival singing songs by the artists that most influenced her - Faith Hill, Martina McBride, Lori Morgan, and Lee Anne Rimes. BreAnna started singing at local open mics while attending the University of South Alabama for nursing then took some time off to have a beautiful daughter. Once things settled down, she decided to pursue her musical career in earnest.

BreAnna contacted long-time Mobile musician/producer Brian Graves (Day of the Iguana, Ugli Stick, Formerly Known), who she had known for a few years and with whom she had done a little work previously. At the time, Brian was busy with a couple bands and his recording studio, Grave Danger Productions (.gravedangerproductions), but was very interested in starting a new project. After getting through the holiday season in 2010, Bre and Brian got together and and revisited the songs they had worked on a couple years earlier and everything clicked into place. They started an intense rehearsal schedule and within several weeks had worked up 3 sets of material. In February of 2011, they had the opportunity to perform an opening set with The Formerly Known at the Blue Gill restaraunt to rave reviews. The gig offers started rolling in from there.

BreAnna and Brian are currently honing their sets, networking and booking gigs along the Alabama, Mississippi and Florida gulf coast. They are also in the process of writing and soliciting material for an album to be released in the summer of 2011. A 4-song EP is planned for release in May.

Screen name:
BreAnna Gray
Member since:
May 01 2011
Active over 1 month ago
Level of commitment:
Very Committed
Years together:
1
Gigs played:
10 to 50
Tend to practice:
2-3 times per week
Available to gig:
2-3 nights a week
Age:
35 years