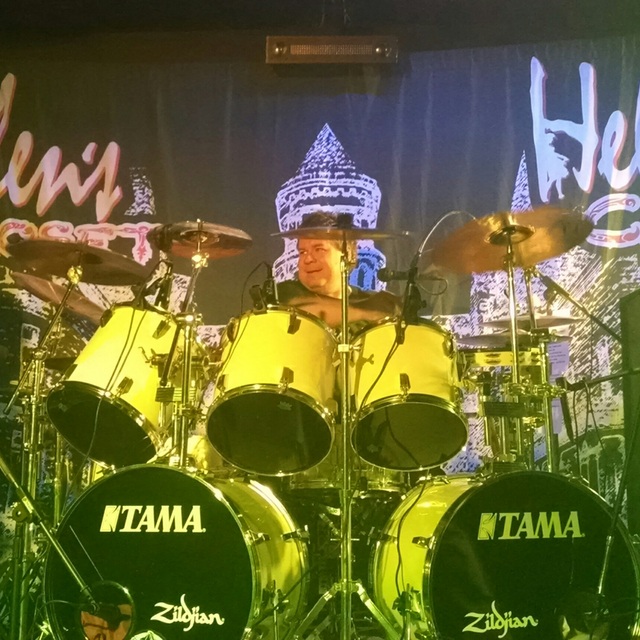 I would love to join a working 80's hard rock cover/tribute band. I am modest about my abilities but I do know that my style of playing is very well suited for that type of project. If you want that type of player then hit me up..

I am 49 years old and would prefer to deal with committed people who also have lives outside of music. Rehearsal is important.. its not party time. Its time to work on our product so we put on a great show.

I am most certainly influenced by the flamboyant drummers of the late 80's. Tommy Lee, Robert Sweet, Rikki Rockett to name a few. Of course Neal Peart being a god to me.. but preferring some show with my drumming. I believe that a gig is a "performance" and treat it as such with showmanship while not compromising meter or continuity. Facial expressions, a couple stick flips or twirls and otherwise just my whole body moving to what I am jamming.

I was formally trained from 5th grade through HS and also private lessons. I played in Concert, Marching and Jazz band. I have recorded one full length original modern rock cd and also recorded a swing song on a charity cd.

Hit me up at whitehillbrian at if you would rather email than message on bandmix.

Primary kit is a 2021 Pearl Export in Smokey Chrome. Sort of the kit that I have waited my whole life to buy. A 10pc kit, it allows me to configure for any size project or venue. My road kit has primarily been 1990 Tama Rockstar double kick with 4 rack toms. When I bought it I put black bottom heads on it and it looked like Lars's kit from Metallica circa 1990. Mostly all Zildjian cymbals (also tattooed to my shoulder). Lastly, a red 5pc Pearl kit that is used primary for practice if offsite at someone else's house. Oh, and I have a 5x10 enclosed trailer for hauling around drums and PA.. I prefer to rent PA if the gig can afford it.