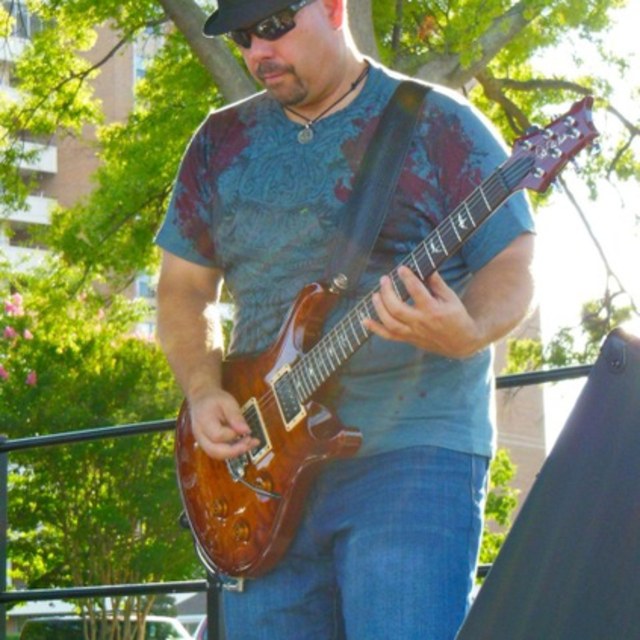 I've been playing on and off for about 20 years, seriously for about 5 years at the start, and seriously again for the last 6 years.

I've been regularly playing lead and rhythm guitar on Sunday mornings at my church for the last three years. Playing there involves multiple musical styles from rock to funk to blues - U2 style ranging to black gospel style. Also was a member of a local cover band that recently decided to part ways with itself. My cover band played tunes from the 60s, 70s, 80s, to the present and hits all genres from classic rock to pop to heavy rock.

I've got very strong music theory skills and can pick up pretty much any song quickly given the opportunity to learn it.

I am very dedicated and practice 3-5 times a week independently in addition to band and cover band rehearsals and performances. Not looking for the drinking and drugs and rock and roll lifestyle, just looking to play good music with good people! I'm open to working with someone recording their album and ultimately looking for a band situation that wants to rehearse, play covers, maybe write some originals, and play out and entertain people up to a couple times month.

I'm at a point in my life where I don't mess around with equipment. I appreciate the value of having good equipment that does not limit me.