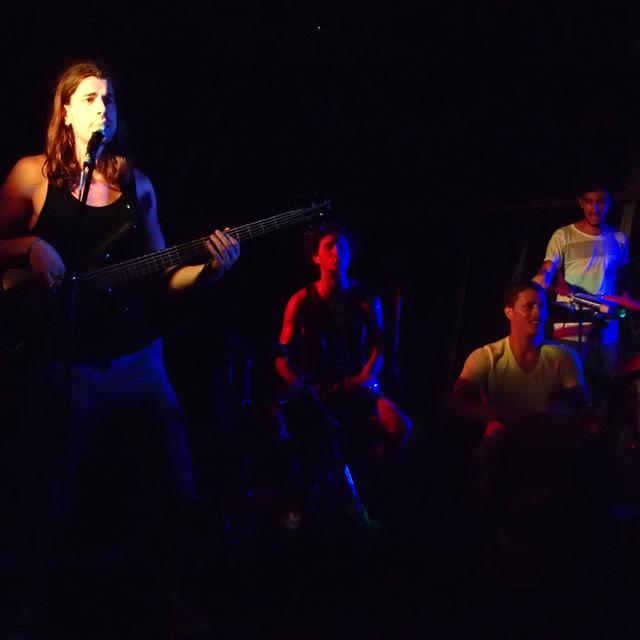 We are an original and cover latin-fusion band. I (the singer/composer/guitarist) spent the last 3.5 years living and touring playing bass in Argentina, Brazil and Colombia with Latin bands. I'm gringo but I speak and sing in fluent Spanish, Portuguese and English. We play rhythms such as Salsa, Son, Merengue, Samba, Bossa Nova, Reggae, Champeta, Country and Folk. Every winter I tour in Colombia and eventually I'd like to tour with a band.

I've been home for less than a year, so we're just getting started, though all of our shows have been great successes so far. I am pretty demanding in terms of who I'll play with, because I'm not willing to water down the latin flavor.

Now we're two percussionists and a guitarist/singer. Our current bassist is a hired gun, and we're looking for someone more dedicated and passionate about Latin music. Also wouldn't mind finding a horn player who punches hard, and has sabor.