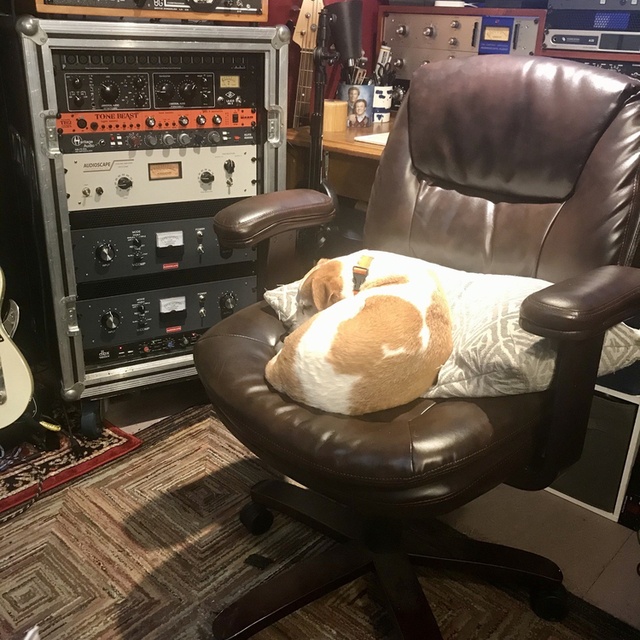 Email me directly at Brett at brothersbrimstudios dot com!

I’m a songwriter and don’t play out. But I’m happy to play or sing on your recordings as a session player.

I’m really looking for guitar player... badly. But I’m also looking for a strong female singer for tunes I have written than would sound better with a she rather than a me.

I’m also a producer and really love with working with other songwriters (new and seasoned) to polish their tunes and make sure the tune is tracked by pro players and is mixed/mastered to a high standard. If you have s talent that I might need in my own stuff I’m usually open to working out a trade for service instead of charging gobs of cash money.

I wrote and it’s Me on everything BUT sax, gtr solos, steel gtr

I’m relatively new here to the PNW having moved from Los Angeles.

I’m a session musician, singer/songwriter, multi-instrumentalist, my primary instruments being voice, B3 and piano/ep.

My latest focus has been writing and recording tunes for placement (either with artists or for tv/film).

My long time friend and amazing session gtr player died suddenly last year and has put me on a desperate search to find a new guy. I’ve been making due with playing rhythm gtr myself and/or utilizing a few different gtr players. I share songwriting/revenue stream 50/50 with cats I collaborate with.

Also... I have a small but well appointed studio and would be very interested in producing, collaborating a singer songwriter who is unique and has something to say musically...

I work best when partnering with quality players who bring their own ideas to the table... otherwise this becomes tedious and like a never ending audition or “jam session” at a beer bar in Bakersfield. It also limits the sort of stuff I can put together... and that sucks because I genuinely love creating in lots of styles. Sight reading isn’t a requirement, but you should be able to get through a chord chart or otherwise have great ears and be able to suss out what’s happening in the tune.

I have a well appointed studio here in Gig Harbor just big enough for two cats to write and play... or, I’m totally comfortable working remotely... in fact, I prefer that, honestly. Hopefully, you’ll have a way to (bare minimum) be able to download a stereo stem from me into your DAW of choice and record yourself and send me your parts... even if it’s just a DI. I have gobs of great gtr gear (amps, cabs) so I can reamp like a big dog lol. I also have great connects in LA, Nashville and London.

Here’s a link to stuff that I’ve done over the last year or so that I’ve not sold... it’s me on everything but sax, lead gtr and lap/pedal steel

Anyhoo... take a listen and hit me back here or on if any of that is interesting to you!

Funk, blues, americana, classic rock, 70s Malibu country to newer country... I like it all