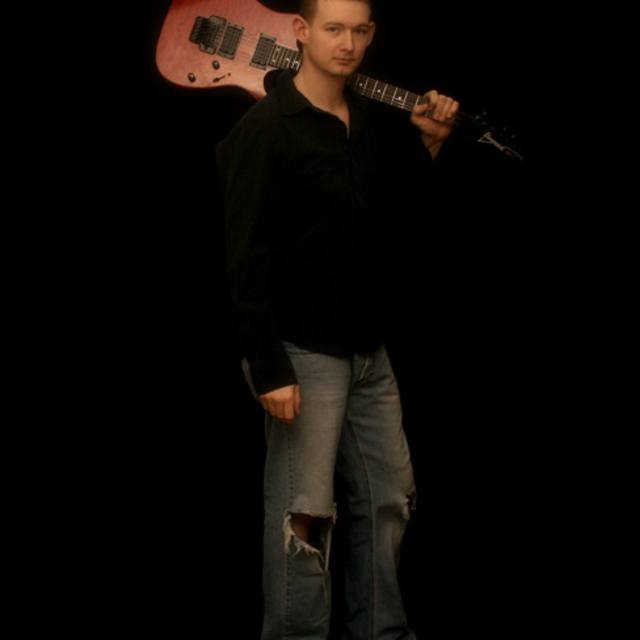 My name is Bryan and I have been playing the guitar for a little over 19 years. I love to play Classic Rock, Southern Rock, Blues, Hard Rock, 80's Metal, and a little Alternative. I know that my contact info says that I live in Europe but I will be living in Tx by Dec 09 and ready to play by Jan/Feb 2010.

I have many influences so bear with me. The first big influences were all Classic and Southern Rock like: Lynyrd Skynyrd, .38 Special, Ted Nugent, REO Speedwagon, etc... and from there I went to more of the 80's Metal scene: Iron Maiden, Queensryche, Scorpions, Dio, Ozzy etc... In my first years playing I learned alot of Alternative like: STP, Soundgarden, Pearl Jam, Matchbox 20, etc... Most of this I just do acoustically now.

2007 Gibson Les Paul Classic Custom, 2007 Fender Stratocaster (American), 1999 Ibanez RG320QX, 2001 Takamine Jumbo 12-string Electric/Acoustic, Marshall TSL100 Head w/ 1960B cabinet. The head has been modified with JJ KT-77 Power Tubes and a matching pair of preamp tubes. The speakers from the cabinet have been switched for Celestion Vintage 30's. I also have an entire PA (mains, subs, power amps, mixer, compressor, crossover, power conditioner, fx unit, dual 15-band eq, you name it I probably have it). The only PA gear that I have not acquired are monitors and that's because I have lived in Europe for the last 4 years and wasn't about to pay the ridiculous prices for monitors here.