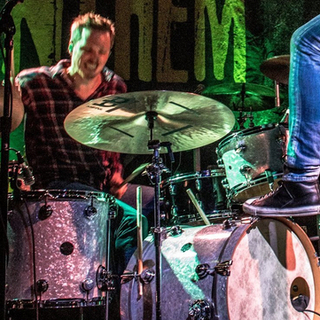 I am a Drummer, Songwriter, and Producer based in Los Angeles. I graduated from Millikin University with a Bachelor's degree in Commercial Music. In college and high school, I studied and performed jazz, classical, rock, pop, ensemble percussion, and everything in between. Since my early ages of playing on anything that was shaped like a drum, my biggest focus has always been the creation and understanding of music. As a high schooler I was constantly on the computer either learning how to build websites or learning how to produce music. I spent weekends touring with my band Greenwood, and performing in regional contests with the Decatur MacArthur High School Jazz Band.

In college, I began to expand my focus into audio engineering and music production and by my junior year at Millikin, I became a Studio Manager for the school's professional recording studio, "Millitrax." As a Studio Manager, I helped facilitate the day-to-day operation of the school's recording facilities via opening the studio for other students and helping them (teaching them how to) use the recording equipment. My senior year I had the privilege of becoming the Head Studio Manager, adding Studio Manager team leading to my managerial responsibilities.

In 2013 I moved to Nashville in pursuit of beginning my music career. The first step in that pursuit was accepting a position in "The Dreamboats," a band who had a contract to play on the Star Princess cruise ship. Upon arriving back in Nashville I began to play for several artists including:
Matt Stell
Jacob Powell
Chris Bandi
Calynn Green
Ryan Hurd
Eric Dodd
Ben Bradford
Spencer's Own
Breaking Southwest
LUCAS
Thomas Nicholas
Grayson Rogers
Shaina Rhodes(EZLA)
EPPERLY
Joey Hyde
James Wesley
Emily Popli

Email me at bryan(at)bryantewell(d0t)com for inquiry regarding my services. I am available for hire working remotely, traveling, and locally in Los Angeles.

The playable music below I have either played drums on, co-written the song (or track,) or both.