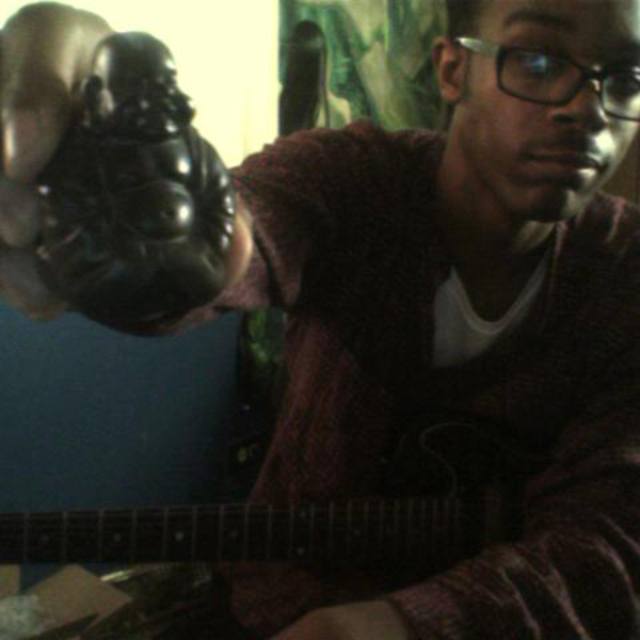 Greetings! I recently moved to Chicago from the wasteland of suburbia to start a band, go to art school (kind of..), and become a workin' class schlub until one of the first two yields something wonderful (mostly banking on the band thing).

Anyyywaaaay, I play guitar and I write songs. Have been doing so for a while, and was the primary writer in my last band, though I played bass, but I eventually got tired of playing bass, and a bunch of other stuff, so I left to develop material for a new endeavor, thus, I am here!

I have about 12 songs floating around, and these demos I have here are totally rough, unfinished, bits and pieces of songs. I am in the process of recording more acceptable (and listenable) demos for showing people in the hopes that they will hear some potential in giving me the time of day. Stay tuned!

If these piece-o-crap demos here interest you in any way until I get better ones up, email me! We can talk music, goals, and hopefully jam a bit and see where it goes.

Here is 1 more terrible quality demo that I couldn't upload due to membership restraints:
:///joyfulyeespanic/aggressive

*Update*
I've met a drummer and a bass player, how exciting. All I need is a lead guitarist, and by "lead" guitarist, I mean "another" guitarist, not a shredder or anything. Someone to play the melodies, do awesome guitar things (creatively) that I can't do because I suck.

Number Girl
Sonic Youth
Dinosaur Jr.
Smashing Pumpkins
Weezer
Zazen Boys
the Strokes
Pixies
Galaxie 500
Japanese Traditional Music (this isn't some like, pretentious thing. I really love the vocal styles of old japanese folk songs, and the melodies always feel like bits of memories of a past life or something).
the Smiths (more so the guitar/bass work of Johnny Marr and Andy Rourke. they cook up some tight melodies.)
Pavement
Shellac

Punk-rock was my first love, back in the day (like I'm that old..). Ramones, Clash, Sex Pistols, Minor Threat, Bad Brains, bands like that. Although I don't write in the styles of these bands, I do try to imitate the energy in unique ways, but that's difficult to do alone..