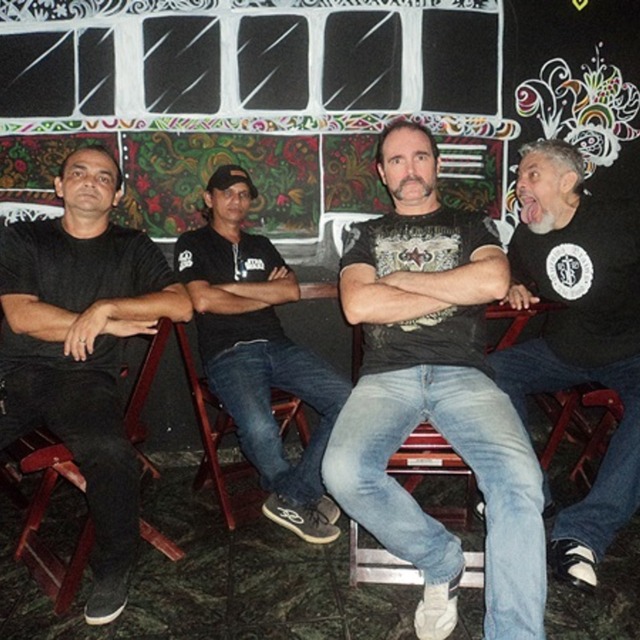 Tonight's featured artists, Burning Brains, has a special message to tell in their closing song and video. Be sure to check it out.
Please support them by liking, sharing, and commenting! It means a lot to us and them.
Burning Brains on a Mission to Save Our Planet s://.talentraters/post-blog.php?blogNews=162

A Great pleasure have you as my friend. We are Burning Brains the Band from Brazil. ./burningbrainstheband
s://.talentraters/post-blog.php?blogNews=162
s://./watch?v=3VDerfXCfAw&feature=.be

A pleasure have you as my friend. We are Burning Brains the Band from Brazil. and we would sincerely appreciate it if you took the time to visit our ReverbNation. We're number 1 on the ReverbNation Rock charts for Brazil!

s://./watch?v=3VDerfXCfAw&feature=.be ( SPREAD THIS VIDEO LINK ACROSS YOUR FRIENDS) THANKS A LOT

s://.causes/campaigns/68168-save-the-amazon-forest
://.theguardian/environment/2014/oct/31/amazon-rainforest-deforestation-weather-droughts-report
please friend watch this amazin video and spread for your friends too. Thanks a lot for your attention.

We are Burning Brains the Band from Brazil. and we would sincerely appreciate it if you took the

WE ARE BURNING BRAINS THE BAND from Belém , Brazil · Weâ€™ve developed a following of loyal fans in our country and we are anxious to share our music with the world. The original band formed in 2005 and like most new bands, weâ€™ve had different talented musicians that represented our band as it evolved. Burning Brains The Band, has always strived to blend classic rock and roll music with heavy metal and occasionally romantic ballads. Our main influences are bands such as Dokken, Keel, Wasp, AC/DC, Ozzy Osbourne and Judas Priest. Weâ€™ve had the honor of being selected as the opening act for concerts in Brazil with headline acts like Angra and Dr. Sin. As things increasingly became more demanding and of a serious nature, original founding members and songwriters Antonio Augusto Cesar Junior (lead vocalist Jr. Thunder) and guitarist / producer Nelson Torres parted with the former band members to rewrite and re-record all of the Burning Brains songs. Alcyete Caracciolo (Antonioâ€™s wife) lends her talents as lyricist and co-writer to the project. The new material and rewritten earlier work is recorded, engineered and produced in Nelsonâ€™s studio. There will, undoubtedly be new musicians that form the live performance Burning Brains line-up but for now, and our first CD Amazon´s on Fire is ready with 13 songs, something weâ€™ve worked toward for years. So stay tuned and experience the ongoing evolution of our band and our music. The Band is: Antonio Junior- Vocal, Victor Junior- Guitar, Gleibson Souza- Drums, Jorge Souza- Bass.
We hired Ken and Geri Long at Longshot Productions in Canada to create a series of unique and sometimes shocking conceptual videos to help promote our new recordings; with great success. YOU CAN SEE ALL OF OUR CURRENT CONCEPT VIDEOS IN OUR VIDEOS SECTION.

WATCH THE BAND ALIVE ATTHIS LINK BELOW AND PLEASE ADD A COMMENT.
://rmtv23.blogspot/2011/02/prototipo-25-burning-brains-band.html?spref=gb