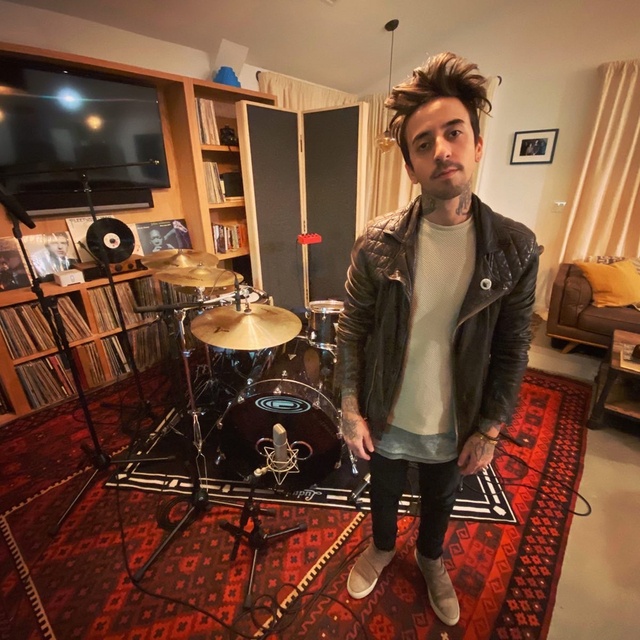 Carlos Costa (a.k.a. Cadu) is a Brazilian drummer who started to play drums in the late 90’s, motivated by his older brother who is also a musician. With this inspiration, Cadu has always been the high-energy one in any group. He played with small local acts in his hometown in the interior of the state of Minas Gerais until in 2003, when he exploded as a well-known punk rock drummer with a band he had put together himself called Strike.
With a heavy influence from American punk rock, Strike’s first album went platinum selling over one hundred thousand copies just in the first year, along with an extensive tour. It was just what the band needed to gather momentum and win MTV’s Best New Artist Award as well as another award from local channel Multishow’s own Music Awards.
In 2008, they released their second album which was extremely well received by fans as well as they had the single “Paraíso Proibido” licensed on a popular TV show as the intro song which gave Strike unmatched popularity. They were now playing sold out stadiums and arenas and doing a lot of press both on radio and TV around the country.
It was with this hunger for evolving that after their third album came out via a major label and ten years in this journey, Cadu decided to turn in a new leaf. After touring in support of that record for about six months, Cadu amicably parted ways with his band mates and moved to Los Angeles to seek for new professional challenges. He took advantage of living in the city to improve his technical skills and received an Associate of Arts degree from Musicians Institute (MI) in Hollywood, learning all the technical skills he didn’t learn on the road and preparing him to be a well rounded, knowledgeable, world class musician.
Currently, Cadu is working with his most recent project, the band “The Sway”, having toured in the LA area and released some well received video clips.