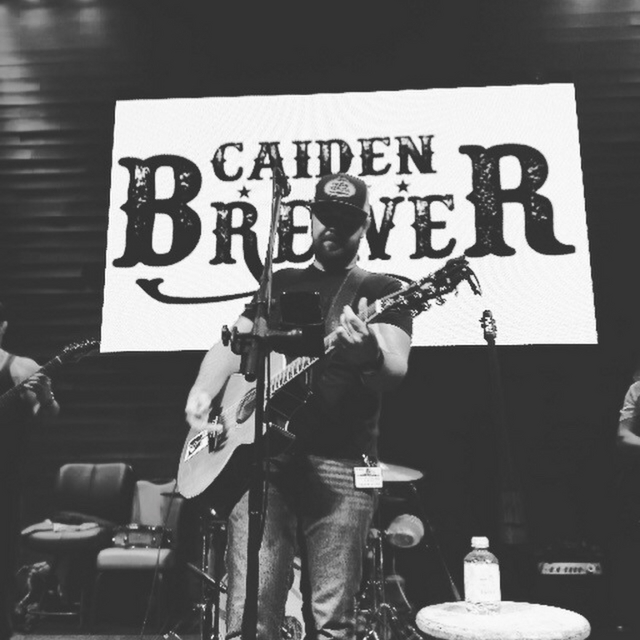 CAIDEN BREWER
Country singer and songwriter Caiden Brewer, born February 1st, 1995 raised in Tucson, Arizona. Caiden Brewer discovered his love for music at an early age. Inspired by artists such as George Jones, Hank Williams Jr., and Waylon Jennings. With a deep-rooted connection to southern/classic rock, blues, and soul.
Caiden Brewer started his music career in 2013, due to a knee injury that ended his chance to follow his college football dreams. Laying in bed while going through physical therapy, Caiden taught himself how to play guitar and then started writing songs that were later recorded by Stuart Oliver (Old Bisbee Records) titled "On the run". After releasing the E.P. Caiden Brewer "On The Run", he gained traction after sparking attention in Los Angeles, California. Recording in Paramount came pop remixed single by Universal titled "I Love You". In 2015 Caiden came back to his hometown to focus on his solo career and started branching out locally. Quickly made a name for himself by placing first place in the local Nash Next Competition.
Caiden Brewer has opened for national acts such as Sawyer Brown, Riley Green, Phil Vassar, Josh Turner, Kip Moore, and many others, including rock icons; Revisiting Creedence, Great White, Vince Neil, Queensryche, and Y & T. Caiden Brewer plans to release his long-anticipated EP titled Good Man in 2022. Produced by iTunes charting Producer/ Songwriter Brandon Manley out of Nashville, TN.
You can find Caiden Brewer's music on all platforms including Apple Music, Spotify, IHeartRadio, Google Play Music & more.