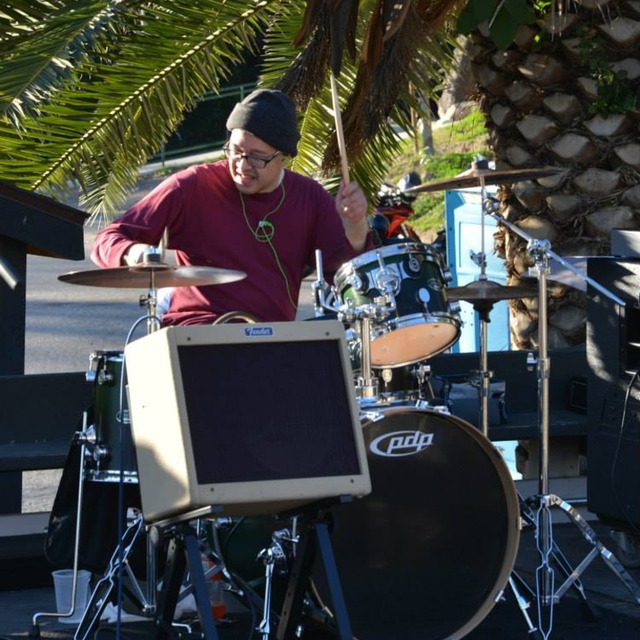 Additional info on the tracks above:

I played all instruments and sang. I am currently only concentrating on drumming gigs. I do not like to sing and play drums at the same time. So, I won't accept gigs that require singing.

CURRENTLY INTERESTED IN CASUAL SHED SESSIONS. SUBBING AND GIGS WILL HAVE TO BE DISCUSSED.

If you wish to EMAIL ME DIRECTLY:
contact [at] drummer.e4ward [dot] com

Or chat with me on via web browser:
webchat [dot] carlovirtucio [dot] com
Log in with your name and click on my contact name (carlo_chat) to send me an instant message.

Looking to shed with fusion/jazz/rock minded musicians who also have a flavor for latin/songo/experimental/progressive/noise/punk/r&B/gospel. I am looking for people that are musically, stylistically, and creatively open minded. I do mean open-minded. If you can conceivably mix elements of punk and jazz together, then you're on the right track.

Very importantly, I'm looking for musicians who are community minded (not here to showboat or have any artistic agenda to prove).

I would love to be able to assemble a "collective" of creative musicians and artists, much like Snarky Puppy or the Elephant 6 Collective. Shed sessions can be a forum for us to connect and sharpen our skills; be a place of inspiration, through creative jamming and music exploration. Something to just allow us experiment and try things out that we normally wouldn't be able to do in "rehearsal" settings. If things gel and the elements are right, there is no reason why we should not perform our ideas publicly to entertain and create a fun and inspiring atmosphere for our audience.

If I were to form a band, my musical vision for that band would be to play original instrumental music that has form but can be out of the box, bold and edgy (think elements of Deerhoof, The Fisticuffs Bluff, Hella, Animals as Leaders), with room for improvisation (think jazz Kneebody, The Altered, or Mostly Other People Do the Killing). Something that is entertaining to the average listener, yet inspiring to the "musicians" in the crowd, as well as being current and original. I'm looking for people who enjoy entertaining people as much as they love to play and experiment with music.

I would like to start with a bassist, a guitarist, and possibly a keyboardist. But, I welcome ALL instruments strings, brass, woodwinds, even accordion...as long as you can improvise. Also, you don't have to necessarily be exclusive to this band. I play in a few bands myself. I just ask that you be reliable and be professional by keeping your calendar together.

The goal is to eventually get in on as many venues without having to "pay to play" and just getting heard. But for now, I'd like to start things off casual and no pressure. I'm more interested in personal growth and community.

I am interested in networking and building solid professional relationships with other professional, like-minded musicians for studio work, live gigs, short-term local tour, and being part of a COMMUNITY of musicians.

Please understand, my priority is for projects and gigs that are for pay. Not to say that I won't do anything for free, but my limited resources will factor in for the amount of time investment and fuel expenses I can realistically commit to do for free. Contact me and let's figure out if we can come up with something that will be mutually beneficial for all of us!

I take my drumming as seriously as I would any day job and you are the boss. I am easy to get along with and very musically open minded. I don't come into a project with any "artistic agenda". It is your music/project after all. You tell me what you want and I do my best to make it happen.

I know that I am not good for everything, but I know that I can be good for a lot of things. If you feel that I might fit with what you are working on, please don't hesitate to contact me and we can discuss further.

----------
Overview
----------
My personal experiences behind the drum kit have taken me on a diverse journey of music (from Mexican Banda, to Jazz, to Funk, to Fusion, to Hard Rock, to Grunge, to Pop, to Musical Theater, to Avant Garde/Noise/Experimental, etc.) I am careful to play appropriately for the situation or venue, but I will color outside the line if given the "go". I learn quickly, I listen to the other musicians in the group, and watch visual cues. If you can communicate well what you are looking for (verbally or visually), it makes it easier for me to "follow along".

I have played the bass and electric guitar enough to understand music in a much broader level than just understanding rhythm concepts. I do understand some music theory, melodic/harmonic intervals, chord progression, song arrangement, etc.

I do read music (rhythmic notation). Although, my sight reading ability is not as polished as it used to be, I can follow drum charts and other written forms of a "drummer's roadmap" where needed. I am able to chart out my drum parts as needed. All my musical theater gigs require reading drum scores.

I can comfortably play with a click for both studio and live situations.

My formal training started with only a couple months of private drum lessons the summer before I started 7th grade. For the next year I self-studied notation reading, stick control, and drum set coordination exercises. I skipped beginning band and went directly into advanced band by the time I joined the school band in 8th grade. In my freshman year in high school I was immediately put on snare drum for the drum line/marching band and remained in that position until graduating. During all four years of high school, I was the only drum kit player for the jazz band and I played the snare or timpani for the symphonic concert band. After high school, I kept myself involved in music ensembles and productions where I continued to sharpen my skills. I am still continuously learning, studying, and practicing exercises and concepts from educational books, DVDs, videos from be, and from direct exchanges with other drummers I meet throughout my life in order to keep growing as a musician. I understand that there is always something new to work on and I am always eager to learn something new and challenge myself.

All styles, from Deerhoof to Dave Weckl, etc.

Some local bands that I admire:

Subbing on drums for Destination 7.