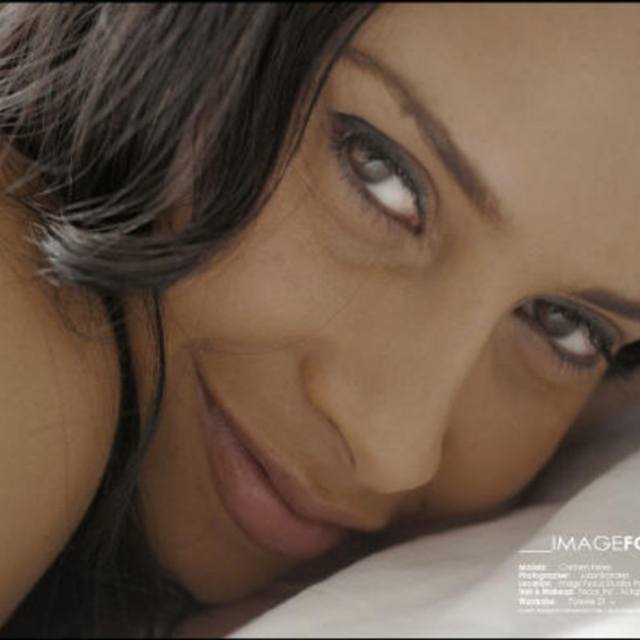 Carmen Perez is now CARMEN GLORIA, focused mainly on jazz. Carmen Gloria was born Carmen Gloria Pérez in The Bronx, New York and moved to Puerto Rico at the age of ten. She is a writer, artist, award-winning actress, is a member of SCBWI, and a proud U.S. Army veteran.

She earned a Bachelor’s Degree in Government and International Politics from George Mason University, has over 60 acting credits, including Nip/Tuck, Everybody Hates Chris and He’s Just Not That Into You, and has written, produced, directed and edited several short films and music videos, one of them selected as an Official Selection in Los Angeles CineFest. She won Best Supporting Actress in a Drama by the Valley Theatre League Artistic Director Achievement Awards (ADA) in 2003 for the play “Soldiers Don’t Cry” by Layon Gray; exhibited and sold her paintings in California; and has even had two songs in the Billboard Hot Dance Club Play and UK Commercial Pop Charts ("Emergency" and "Overload", as Carmen Perez). Her most recent music EP "The Art Of Love" was just nominated Best Jazz EP by the Independent Music Awards 2019 and received wonderful reviews by The Smooth Jazz Ride & Jazz Reloaded blogs. “Pajarito,” a piece she co-composed with late British producer Matt Powell, is also featured in the Café Del Mar ~ Dreams 9 album.

Carmen has been writing stories as far back as she can remember, and after moving to Norway with her family in 2017, she decided to write children's books and continue to create art. She wrote and illustrated her first children’s book series, inspired by her love of space, the Kid Astronomy series. First book is titled “Thank You Mercury!” and it has received great reviews by top children's books blogs, such as The Children's Book Review, Bob's Books Blog, Love Reading 4 Kids and was even selected in the Top 100 Best New Space Books 2019 by Book Authority! Her second book in the series "Dear Pluto" has received its two great reviews by Bookworm For Kids and Bob's Books Blog, and was featured in Vivian Kirkfield's blog.

Now based mainly out of Norway for two years, Carmen has worked as an actress on two Norwegian TV series;  a comedy titled "Det Kunne Vært Verre" recurring as Sofia, and a featured role in NRK TV series "Magnus."

First live performance of "EMERGENCY" at The Brick Nightclub starting at 11pm.