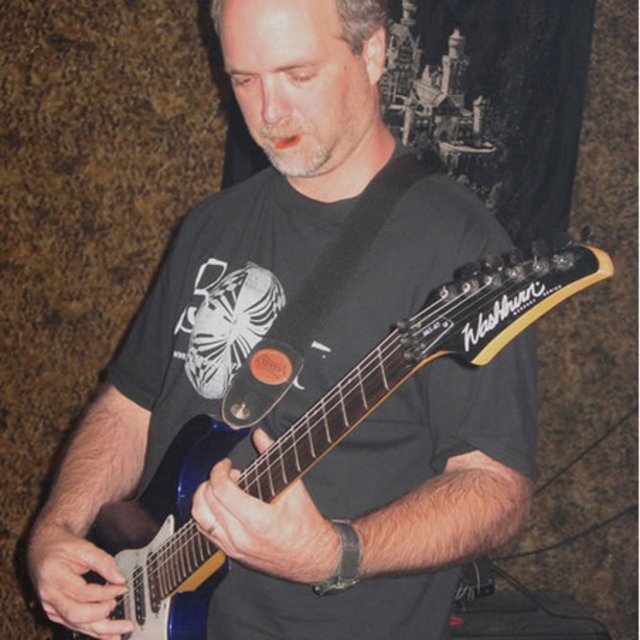 1. "No Kiss" (2006) This was a scratch track that was recorded in Houston at the Destiny's Child studios. I did everything except the bass/lyrics and vocals and the solo work was all adlibbed. We had a lot of great response from this and the very next day it was sitting on Mathew Knowels' (Beyounce's Father)desk and it got his approval that day to be sent to New York. New York gave it the OK and sent it to London the HQ for Santuary Records (The Largest Record Label in the World). Sanctuary called Houston about 4 or 5 days later and said "We want these guys but we need a band photo and bio ASAP!" We didn't even have a band so I got one together in 2 days and sent them what I could but that was the last we heard anything. Oh Well, it was exciting anyway.

3. "Live Again" (2003) This song was about 2 days old when this was recorded. We were just happy to make it to the end without crashing and burning.

4. "A Simpler Time" (2006)This is a song that I wrote before the band was together but I didn't play any lead in this one.

Just want to find a group of people to write and record with. I want a finished product that can be marketed.

Not interested in gigging all the time. I'm married with 2 kids and the family comes first. I want to have fun and be able to make music that I'm proud of.

I want to start meeting some musicians in the area even though I don't have much time right now. We still have to go back and get our old house sold then find another one around here. If you might be interested in jamming some time email me at harmonics1968.dot and put BandMix in the subject line so you don't get deleted. You can also email me at /cary_smith

I have a wide range of influences being the youngest of 11 kids. My parents were strictly classic country, bluegrass and gospel but with all the brothers and sisters in the house I heard a little bit of everything. I've always tried to be a more versatile guitar player then trying to master one style.

Here is a list of bands that have influenced me one way or another over the past 25 years.

95% of those bands I don't really listen to anymore and I never thought the day would come that I would actually change the radio station if I heard it come on. I really don't care to hear "Tush" or "Sweet Home Alabama" everyday anymore though.

I know there's more but I can't think of it now. I buy and sell stuff here and there too so it can change quite a bit.