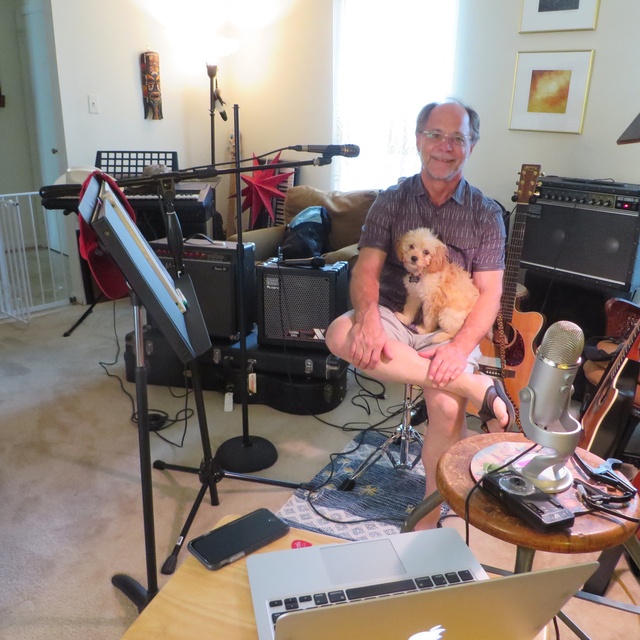 I'm a member of BMI, and just completed the Crole River album of music (CroleRiver dot com): original American music sung by classically trained Russian vocalists. I wrote the 16 songs and played guitar on the album, including Free as a Bird, (recorded at Cue Studios, Falls Church, VA; vocals by Lydia Salnikova). Along with songwriting, I play rhythm and lead guitar.

I am playing mostly covers in two bands with musicians I met through Bandmix, but am looking for people who want to play original music in a gigging band.

Who am I? See CharlesDermer dot com.

I come from the country (western Nebraska), but I never stopped rockin' or playing the blues.

I've got all sorts of gear (see photos), including a Roland JC-40 and other Roland and Fender amps, a SoundTech PA system, and an acoustic Yamaha, acousto-electric Ovation and Martin guitars, electric Fender (Japanese) Strat and Vintage Telecaster guitars, and a few other guitars. My conservatory also boasts a Kohler & Chase piano, two violins, a shamisen, other percussive and wind instruments, and a dog.