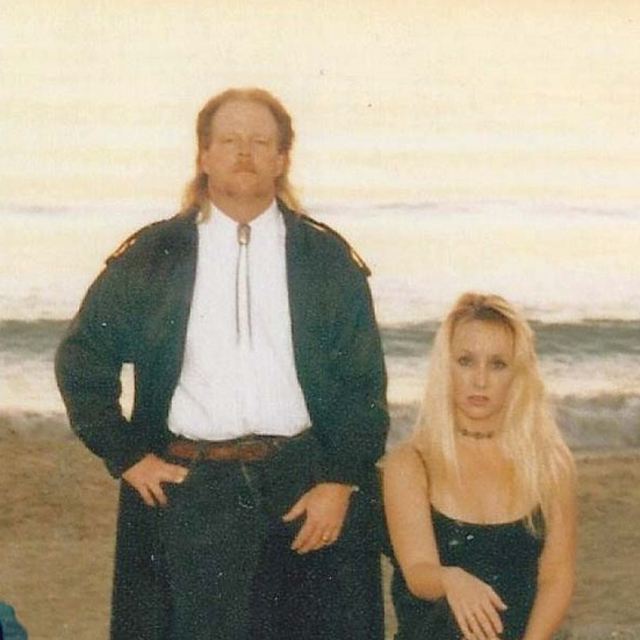 MKR II Productions Presents “Jagged with a Twist” Nebraska’s Newest Power Duo, Playing familiar classic song favorites along with “ALANIS MORISSETTE TRIBUTE SET”. Featuring Christie Hayes on lead vocals/Guitar & Mike II Bass Pro, already labeled the Mozart of bass in Omaha. “Jagged with a Twist” performs for large or small clubs, Private Parties, Weddings & Corporate events!
Christie & Mike II have opened for many National Acts such as The Counting Crows, Berlin, John Waite, Robin Trower, The Motels, The Romantics, The Wallflowers and many more. “Jagged with a Twist” performs artists such as Heart, Pat Benatar, Rush, Kansas, No Doubt, Pink, Asia, Journey, Kansas, The Motels, Elton John, Fleetwood Mac, Madonna, Eagles, Linda Ronstadt, Paula Cole, Sheryl Crow & many more and always adding new songs. They also perform their original music that has been used in TV & film depending on the venue.
This class act also uses pro backing tracks pumped through their state of the art PA system and are fully in control of the volume & punch. Can play small or large venues and performed for in the upwards of 60,000 plus audiences.
For booking info contact:
Christie Hayes or Mike II
424-257-7478 402-679-9141
christiehayesrocketmail mike2Basspro

Attached is the flyer of their next performance created by MKR II Productions, along with a 10 song in 10 minute demo MP3 of some of their cover tunes they perform. The following link ://.musicfast/Christie/ is a sample of some of their original music along with a link of a montage created for “Should I Believe” written by Christie Hayes and used in the TV Series “Higher Ground” Starring Joe Lando & aired in the USA & Canada on the Fox Family Channel. ://./watch?v=FnA4sHpR8eY&playnext_from=TL&videos=1Ap7VpEv4Vw

Thank you in advance for your consideration:

Too much to mention!