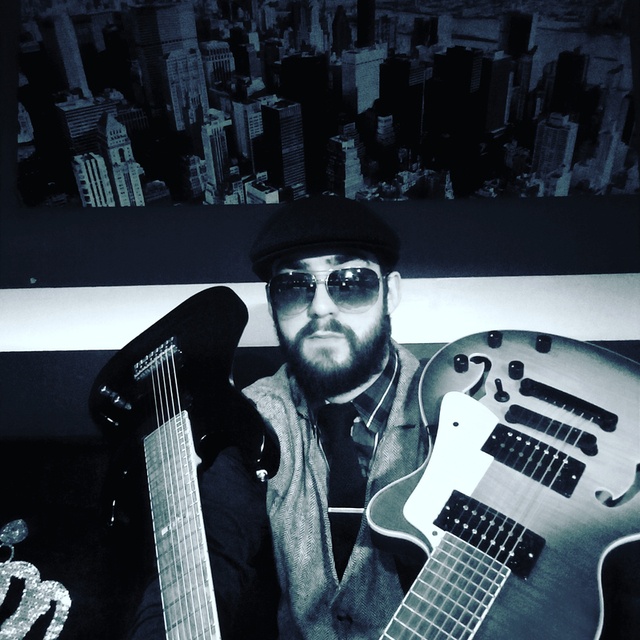 Had a guitar and microphone thrown in my hand at 3 then went on to learn any instrument I could get my hands on while studying classical and jazz as my first formal introductions to depth building as a musician. I was raised in the 90's as well as in the music industry as far back as I can remember. Grew up on the Jersey Shore running in the punk, alt and heavy scene as a teen in the early 2000's. That eventually led to me broadening my horizons and training as I grew older and worked deeper into the industry studying genres outside my comfort zone with the obsession of growing as an artist. After travelling around the world and back again and living in Europe for awhile, my path eventually led to me becoming an audio engineer and even teaching some music theory.

Looking for a dedicated, consistent and open minded group of musicians to push each other and our musical aspirations to the next level. Love heavy/experimental progressive music with melodies that tell a story while inciting raw emotional elements. Being a virtuoso is fun but sometimes its more important to connect with simplicity and let the music tell its own story. Although I am a perfectionist on some levels, I always believed music is bipolar and needs to take you on a journey. I love playing with space and odd metered rhythms as well as melody and synchronization.

My guilty pleasures have helped define me as a musician: 50's pop, 60/70's soul and groove, 80's cheesiness, 90's rawness and topped off with 2000's modern heaviness and polished sound. They may not make music the same anymore, but that's fine as long as there is still dope musicians out there to kick back with and make the magic happen.

As a musician the list is to long, but some are Allen Holdsworth, Al Di Meola, Django Reinhardt, Guthrie Govan, David Maxim Micic and Stevie Ray Vaughn. Others are Heavier artists such as Benjamin Weinman and Lee McKinney and many musicians across all genre's.

Early vocal influences are pretty broad, Ive always been compared to those I guess that influenced me the most like Chris Cornell, Robert Plant, Freddie Mercury, Oliver Sykes, Spencer Chamberlain, Matty Mullins as well as a lot of other amazing artist whom I owe my respect to and wish I was as good as.

I own everything imaginable for live gigs and full recording capabilities. Ive been a musician and audio engineer for over 12 years working with many artists and engineers across every genre imaginable. I prefer my 7 and 8 strings which let me experiment with different extended chords and registers. My prized Git Fiddle is probably my custom semi-hallow 7 string Les Paul. I love my acoustics as well. I own a small Multimedia company and I love networking and jamming with new faces.