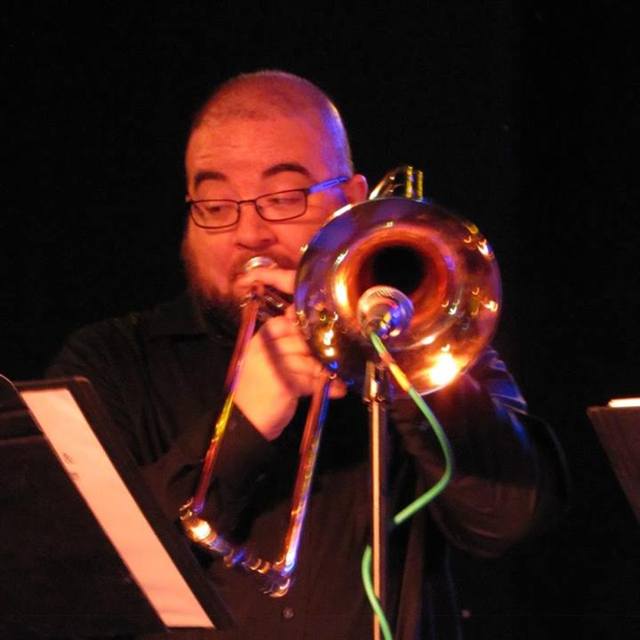 I am a professionally trained trombone player with 20 years experience on trombone and 30 years on piano. I studied at West Chester University under Matt Niess on trombone and Dr. Vincent Craig on piano from 2004-2008. I have performed with the West Chester University Golden Rams Marching Band, WCU Symphonic band, WCU trombone ensemble, WCU Statesmen Jazz Ensemble, and various small brass ensembles. I have a love for musical theater and have performed with various theater companies and schools in the pit orchestras since 2000. I currently perform with the Philadelphia Freedom Band, and was the assistant conductor of the band from 2009-2011, and was the marching band coordinator from 2009-2011 and 2017-2018. At the age of 17, in 2003, I toured Europe with the American Music Abroad tour, performing in concerts around Europe. I am looking to explore more opportunities to perform in the area in any style of music that is available.

My favorite music is from the big band era, especially Buddy Rich and Stan Kenton. My favorite classical composers are Mozart and Shostakovitch.

I play on a Bach Stradivarius 36G with F attachment (open wrap) with a Bach 3 mouthpiece. My piano is a Yamaha P-115.