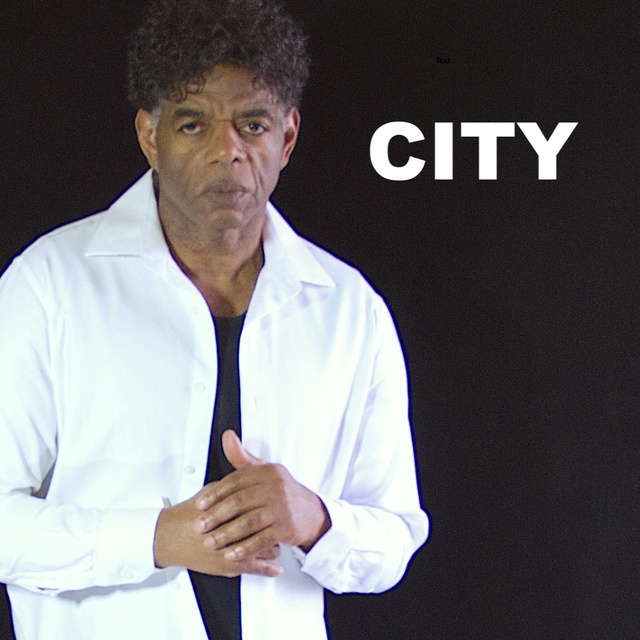 This american born Singer / Songwriter / Producer, has been in the music and entertainment business since he was 19 years of age. As a child he was entranced by music and would always practice harmonizing with many of the Recording Artist that he heard on the radio. He was always excited when he heard new genres of music, and even loved watching the stylings of many of the movie musicals that featured songs by Doris Day, Frank Sinatra, and other stars of the glamorous age of hollywood. His home was always filled with the music of, Celia Cruz, Wes Montgomery, Sammy Davis Jr., Tito Puente, and Johnny Mathis, as well as his own favorites such as Cat Stevens, George Benson, Carly Simon, & Billy Ocean, and every Motown Artist imaginable. So as far as a broad spectrum of music goes, he had it all! And being surrounded by all of that, there was no doubt, he was destined to become a singer himself. While visiting relatives in Philly, CITY heard that there was a record company looking for new talent contacted his then manager at the time: " Ernie Pep " too see if an audition could be arranged

This is where he met his now idol, producer Nick Martinelli. When the day of the audition came, a nervous CITY Belted out a song he had written called "A long road ahead of us". After hearing this young artist sing Nick along with founder of T.E.C. records, Doug King the only words Nick Martinelli could find too say is: "You have a beautiful and entrancing voice"...and wanted too sign CITY A.S.A.P.
Unfortunately for CITY this would never come too be, because of the companies financial status, which forced it too close soon after. But, un-wavered at all in his quest too be heard, he pushed on, even though he had sometimes fallen victim too scam artist who prayed on young striving artist as their next meal ticket. Eventually, He decided that enough was enough, and took upon a "do -it -yourself attitude"…. Thanks goodness the internet was opening up the door for him too make things happen. And CITY decided too take full advantage of this phenomenon known as the "World Wide Web", Starting his own Record Company 1.1.7 The Music. ( Now Dirty Pawz Records / Ent. Group}

Current Acheivements:
He has branched out into acting appearing in The Movie: 'The Hunger Games Catching Fire", " The T.V. Sitcom: "The Game"…
Has just released his latest cd: "2wice As Deep" February 2014. ( Touring Information coming soon )
Currently filming Music Video for his new single "Free".

Too Many to Mention