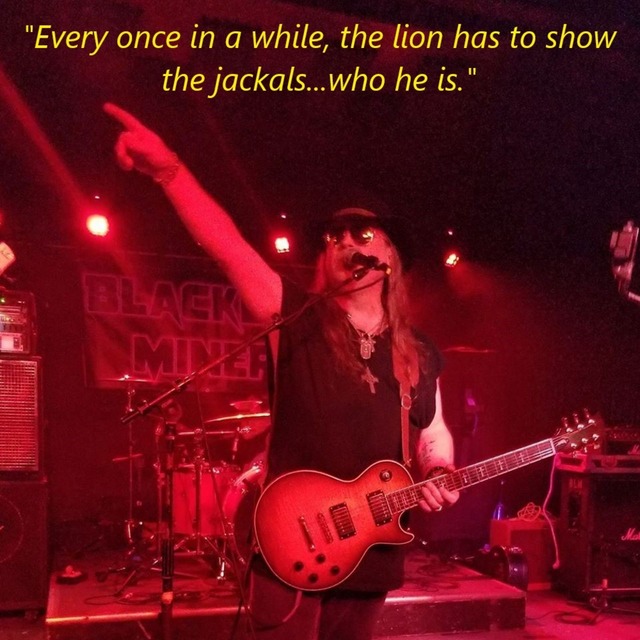 Blackleg Miner is concentrating primarily on our own material, but we sometimes play a few tunes by artists like Aerosmith, The Cult, Alice Cooper, UFO, and Cheap Trick. It's industrial-strength rock & roll that your mother will almost certainly disapprove of! (Well, MY mom disapproves!!! ROTFLMAO) Feel free to email me --- cjpmmd99 at gee male dot com --- or dial/text me at 443 379 six three one five! C.J.

Whether you've been playing 6 months or 60 years, whether some armchair critic thinks you're great or thinks you suck, whether you've toured the world or have only toured your basement, whether you've sold 50 million records or none at all --- if you strap on your guitar and play the sonofabitch like you MEAN it, then you're an influence of mine. Some of the many pros whom I have admired include Pat Travers, Bernie Torme, Robin Trower, Tony Iommi, Billy Gibbons, Paul Kossoff, Gary Moore, Peter Green, Terje Rypdal, Jimmy Page, Robbie Robb, Leslie West, Ted Nugent, Bill Nelson, Joe Perry, and Ronnie Montrose. Don't get me wrong, I can't play exactly like any of them.....I can only play like ME. For vocal influences, think Jimmy Dewar, Phil Mogg, Paul Rodgers, and Robert Palmer.