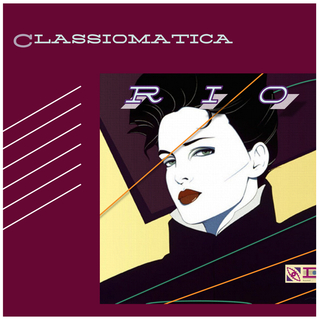 Classiomatica is an attempt to faithfully re-create Duran Duran's classic Rio album. Over the course of 394 hours/206 days, every attempt was made to use either the same keyboards, guitars, amps, drums, mics and effects that the band used back in 1982, their modern re-issues, or as close to the original makes and models as possible.

* Copyright Disclaimer Under Section 107 of the Copyright Act 1976, allowance is made for "fair use" for purposes such as criticism, commenting, news reporting, teaching, scholarship, and research. Fair use is a use permitted by copyright statute that might otherwise be infringing. Non-profit, educational or personal use tips the balance in favour of fair use.

* Electric guitar: Fender Stratocaster with a Dimarzio humbucker in the bridge and a Floyd Rose Original

The saxophone and intro on Rio, and the vocals to Rio and Hungry like the wolf are from the original isolated tracks.