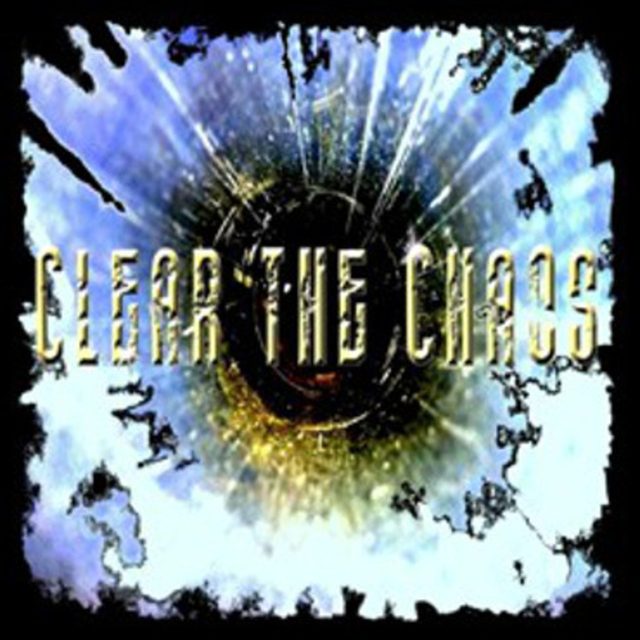 Mental Itch Recording Artists, CLEAR THE CHAOS deliver a powerful, unique, exciting show, connecting the crowd with the band, the music and each other.

It was no surprise to fans when Clear the Chaos’ first video, “Auto” reached over 9,400 views on be in early 2015. Having spent the last 3 years shredding Pacific Northwest venues with their unique fusion of intricate melodies and crunching rhythm, this talented group of young musicians continues to be humbled by the response to their music. When their song “Escape” debuted on KISW 99.9 FM Loud and Local in November of 2014, shortly after they signed with Mental Itch Music Group, they were surprised again by the news they were gaining a following in the U.K. as well. Custom Music Magazine, in the U.K. named CTC Alternative Band of the Month in April and they will be featured in an article in the U.K. rock publication, Fireworks Magazine’s in fall of 2015.

Formed in 2010 as the rock cover band “Just Cuz” when lead singer and guitar player Dalton Rouse, asked his cousin and two longtime friends to jam in his garage. Dalton’s extraordinary gift for music was evident from the moment he picked up a guitar for the first time at the age of 13. He is a prolific song writer and a powerful singer having studied voice from several well-known local vocal coaches, such as Queensrÿche vocalist Pamela Moore. With a mutual love for all types of music, the teenagers almost immediately moved from the garage to learn the business of music the hard way, playing festivals, parties, all age venues, battle of the bands, open-mic nights, and even busking. Confident in their abilities they emerged renamed and reinvented in 2012, dropping cover songs in favor of an all original set list. With the experience of playing hundreds of shows all over the Puget Sound under their belt, CTC snared an invitation, from Louie Galarza to open the 2013 Dreamfest Music Festival at Louie G’s in Fife.

Their debut album, Brothers & Sisters, dropped in March of 2014 at a release show for more than 450 rocking fans and was rereleased in November of 2014 shortly after Clear the Chaos signed to Mental Itch. The band members all agree that recording the album was a great experience, but playing live will always be their focus. “The energy that flows between the crowd and the band during a live show is incredible. It fulfills us and encourages us to give even more in return. We’ve done the work, now it’s time to go out and get our swagger on,” says the band’s drummer Braden Merod. “We poured ourselves fully into recording the album and making the video and now look forward to getting all the “feels” like when we play live!”

CTC spent the summer of 2015 on a 5 state, 14 city tour with the prestigious music touring organization The eXtreme Tour. The tour introduced fans in multiple cities in Oregon, Idaho, Utah & Colorado to the powerful performance of a Clear the Chaos show and they plan to tour again in Spring/Summer 2016. Now that they are back in the Northwest, in their usual “hard working” style they are currently preparing for upcoming shows with an all-new stage show and new songs. The true game changer has come with the addition of a new lead guitar player, Mason Fain, who joined the band in May of 2015. Mason is a graduate of the Musicians Institute in Los Angeles with a degree in guitar performance. He started playing guitar at the age of 14 when he began taking lessons from American hard rock/heavy metal guitarist, Steve Lynch. He has jammed with some of the best guitarists in the business, such as Steve Vai, Sammy Hagar, Zakk Wylde, and John Mayer! “This changes everything”, says band leader Dalton Rouse. “He has absolutely insane guitar skills, ranging from jazz to full on shredding. We could not be more thrilled and excited to take our show to the next level and show our fans how we have evolved.”

CTC has found its natural groove and distinctive sound by integrating powerful alternative rock themes with classical music roots. When the band talks about musical influences they cite Coheed and Cambria, Rush, and Foo Fighters as major influences. No less important to them are the classical composers and jazz performers who Dalton studies at Pacific Lutheran University, where he is currently majoring in Music Composition. Dalton says, “There’s something unique about every different musical form. We like to experiment with different ideas and see how they affect our songs.” Dalton, who writes most of Clear the Chaos’s songs, says, “I start with the music, then try to connect the emotions it evokes to lyrics that expand its depth. I am simply telling stories and trying to create music that is as good as I can make it. We feel that good music is the best way we can reach people and it’s the tool we use to communicate. Making the connection with our fans, on a personal level, through our music is what inspires us.”

Matt Kees, Music Producer at Smithbuilt Studios in Fredrickson, Washington talks about recording with the band in glowing terms. "Clear the Chaos are a talented group of guys... way beyond their years. Their songwriting skills and their musicianship chops are quite impressive."

Polly Osborn, DJ PO Honey/PO Honey Promotions, echoes those sentiments. “Clear the Chaos is a young dynamic band with a unique sound that stands out with catchy guitar riffs and honest heartfelt lyrics. Although these talented musicians are very young, the maturity and professionalism of both their recorded and live performances is surprising and refreshing. With strong management behind them and continued upbeat attitudes and hard work, I see much more in the future for Clear the Chaos!”

Louie Galarza, Founder/CEO Mental Itch Music Group says, "One of the hardest working young bands I’ve seen and heard in a while. The music they write is nothing less than brilliant - thunderous rhythm ...ripping guitars...and lyrics with a story Hollywood would enjoy. They make me proud.”

“We do this because making people happy makes us happy. That’s the way the Universe works; you send your effort, passion, and love out unconditionally, and eventually it comes back to you tenfold. We see every show as an opportunity to give everything we have in order to pull new people into our circle and connect them to us, to the music and to each other. That’s what it’s all about.”

The members have all their own equipment including, stacks, wireless units etc.

All ages welcome
$10 in advance or at the door

CLEAR THE CHAOS is proud to be a part of this important fund raiser. GET YOUR TICKETS OR MAKE A DONATION BY BUYING TICKETS AT: http://www.brownpapertickets.com/event/1247513