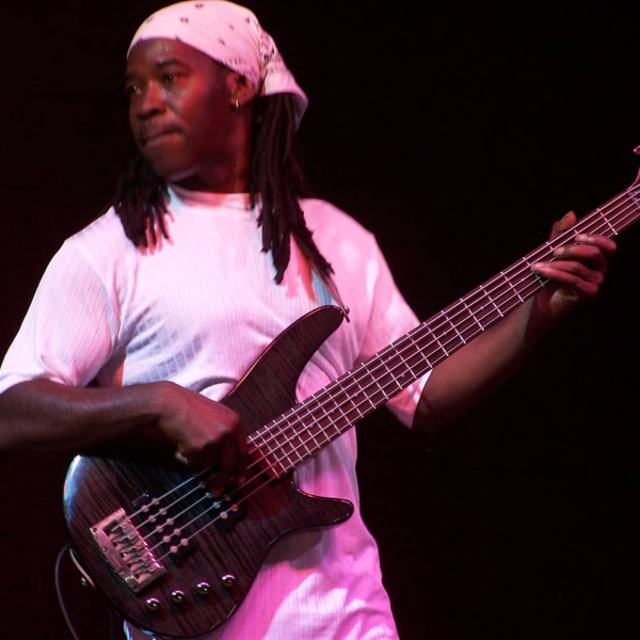 As a former member of a Long Island band called Ozone.We covered multible R&B,Funk and dance songs.Do to indifferentes with that bands leadership I left. Now the new band name is( B-Side Band).
I put this band together for an amazing lead female singer. Kim Allen has been performing for many years,
on many stages and at many venues all across New York. Kim and I have also written many original songs
together .Since the band the band has been together, we have had lots of success with gigs. The thing
we are looking for now is a certain level of commitment from band members. Currently we have a drummer
who can sing and play as well, a guitar player who helps us out but we need someone who is more
available. We also need a kick butt keyboard player who is willing to lay down horns, strings and whatever
it takes to fatten up the sound of the band. We are trying to keep the band size to five, that way we can
manage the flow of the band easier. We know there's musicians out there just like us who want to play
and have fun doing it without the drama and at the same time make some money. I am the contact person for band and also setup rehearsals times and dates. We do not go out on gigs unrehearsed because
your tightness and sound is what's going to determine how much you get paid and how often you gig. As long as everyone practices their parts at home the sooner the gigs can be approached. Bands are only
successful if they work as one unit, I am confident there are others out there that feel the same way we do
so lets get busy. Thanks for professionalism!!!!!!! All musicians MUST HAVE own equipment and
transportation, it is a must and rehearsal locations and dates will be determined around every ones schedule.

Now I have one female lead singer a drummer and myself( bassist). Now looking for Hoot guitarist and Killer keyboard player. Maybe a sax player once things become stable and steady. The drummer also sings some lead vocals and background.

Own P.A. that can handle rooms and soundman when needed.