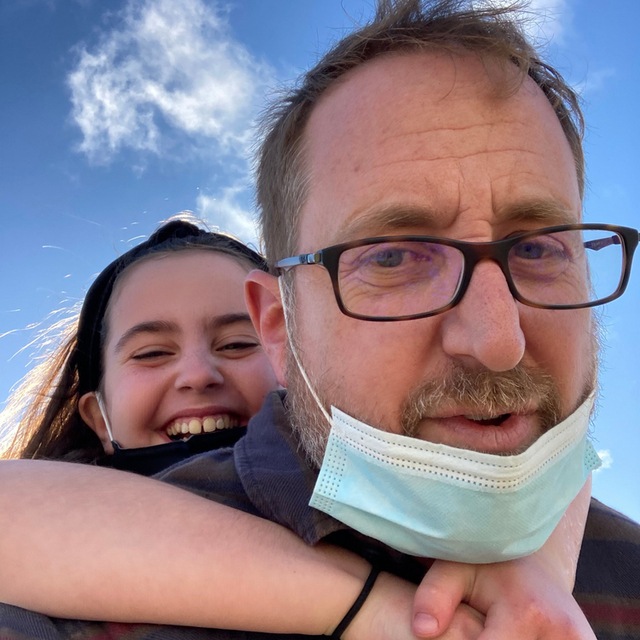 I started Club Meds this year after spending a year or so writing songs and recording them to GarageBand. I was lucky to find a bass player, but now need a drummer. Once we get the core of the band together and get the songs sounding good, our goal is to have fun playing at dingy bars and clubs in the LA area. I played in the indie scene in the 90's, then hung it up to focus on career and family. Now that I have been semi-successful and my kids are older, I am anxious to get back into it. Obviously with a different outlook. My songs are mostly about my daughter dating, my mother having dementia, my challenges being married, and my job in Compton public schools.

I suppose I am still influenced by the indie bands of the 80's and 90's that I still love. I learned to play the guitar by following along with Pixies songs. I went to their concerts and studied the guitar player from the mosh pit. Other bands (in alphabetical order): B'52's, Trail of Dead, Brainiac, Camper van Beethoven, The Cars, Come, Echo and the Bunnymen, Guided by Voices, Helium, Jeff Buckley, Pavement, PJ Harvey, Polvo, Pretenders, Pulp, Radiohead, Replacements, Sebadoh, Shins, Shudder to Think, Smiths, Sonic Youth, Soundgarden, Split Enz, Spoon, Talking Heads, Teenage Fanclub, Trumans Water, U2, Uncle Tupelo, Versus, X, Yo La Tengo

Me, Kevin - I play guitar, write songs, write lyrics, sing lyrics - unless someone else wants to take over. I also play drums, but I can't do that while playing drums...yet.

Jacques - He plays bass and he also knows a shitload about wine and beetles. He is also really hot for a senior.

Do you really care? I like my instruments to not sound too much like any particular brand. So I currently play a Strat out of a Marshall combo. Jaques plays a cool Fender Mustang bass.