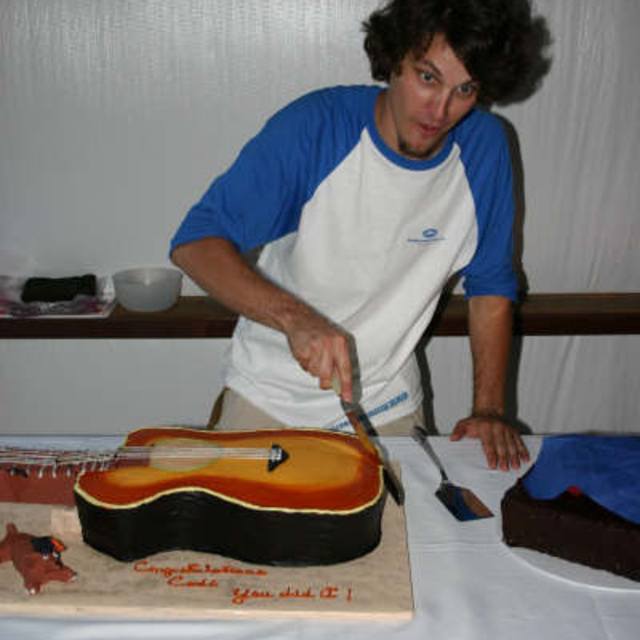 I live in Mesquite, near Garland.I play guitar, a lot of acoustic. Lately I have been tinkering with bluesy southern rock, and Acoustic eclectic music. I have a lot of free time to pursue the right project, my last band fizzled nasty style, so I am looking to jam first, exchange ideas, and listen/play music, see if there is some good vibes, then go from there. I am An Audio Engineer, and I have a decent knowledge of the industry, We can make this work and have fun while merging the dayjob with the dream!!
check out some examples of my music at
./monotonemongoloid

./codiputman1
In between bands * Not in a band as of late. I am looking to start something from Southern Bluesy Rock-- Acoustic coffee house-- or jam and see if songs get written. i love music, to play any style, I can bring an acoustic and get down with anyone, However I have only been playing my own music for a while , covers are easy to come by, but I dont know any. i wouldnt mind doing it but I just want to jam and create, I search for a vocalist that has musicality, and can write lyrically on par with the music, Ideally a singer that can wail and be convincing in his/her delivery, or a singer with a beautiful voice (like a siren';s call) and a drummer that is near my area, A drummer that isnt afraid to branch out and play music that may be out of his comfort zone. For right now I am open to jam or see if we can click musically.