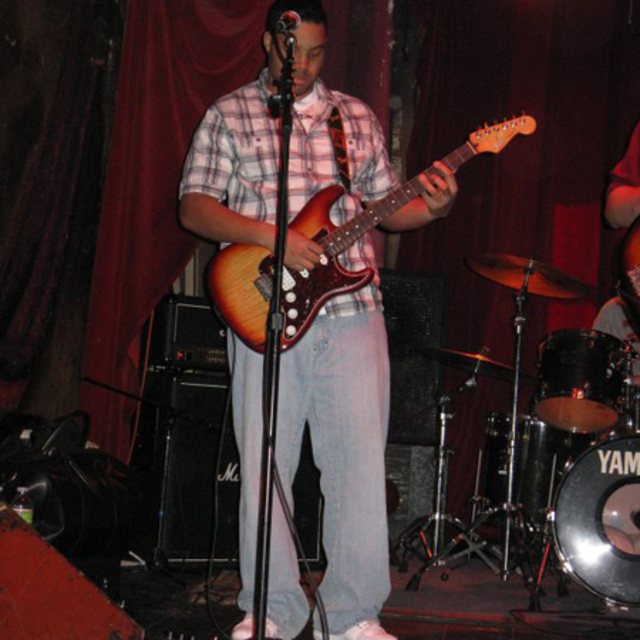 Started up with a bassist a drummer and a dream.. no really though... Drummer Austin Maniscalco and Bassist Kyle Ciarletta started off, childhood friends who just wanted to jam a few times. Maniscalco started off as a childhoohd guitarist, but was inspired to play the drums by eventual bassist Evan Seeburger because of a jam session where Austin discovered his talent. After a few months Austin and Kyle tried out numerous guitarists during their freshman year... After a few attempts with others, they stumbled upon a Jimi Hendrix fanatic named EJ Smith. They practiced for a month or two, but no members had enough prowess on their respective instruments to accomplish respectable chemistry or music, forcing frustration and leading to kicking guitarist EJ Smith out. Austin and Kyle continued to jam sporadically with the aformentioned virtuoso Seeburger on guitar. Later after expressing frustration with Seeburger's plethora of musical projects and lack of dedication decided to take a hiatus. The band name was founded while arguing about a band name, which was originally From Chaos, after the 311 album. Smith's quote unveiled a new name "We don't even play 311 songs and I barely listen to them, its a Conflict Of Interest", Maniscalco immediately looked up, and Smith and Maniscalco knew the name was right for them. EJ and Kyle started playing together during the summer, and EJ's progression on guitar was signifigant enough to spark up the old trio of Ciarletta, Smith and Maniscalco and the songwriting began. The band searched and ditched a few singers until deciding to form a power trio consisting of Smith, Maniscalco, and Seeburger (on bass this time). The accumulation of songs over the months with so many different members and genres gave COI an album's worth of songs and is currently recording, writing, and performing.

Line 6 75 amp
Drum set
Practice space
PA
anything you need to play a gig i guess...