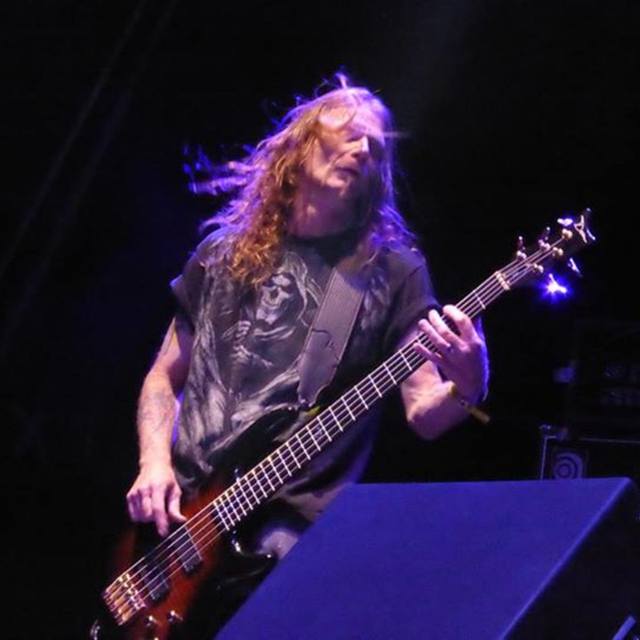 Bio
Corey Sorrenti
Corey Sorrenti is a self taught musician, starting with basses, guitars and
drums (yes all 3) at about the age of 3 years old. Over the years he has
studied and taken influences from many greats, and has narrowed his focuses
to playing the bass guitar. Drawing from influences like John Wetton (Asia),
John Myung (Dream Theater), Billy Sheehan, Tony McAlpine, Stanley
Clarke, Stuart Hamm, Mike Portnoy, Simon Phillips, and many others (notice
that not all these people are Bassists), Corey has striven to be as versatile of a
player as possible. Corey has been playing around the Las Vegas area since
the early 1990’s, playing many venues on the Las Vegas “Strip,” and also at
the House of Blues.
With his ultra-fast finger picking style, Corey has become one of the more
“sought after” bassists in the Vegas area, constantly receiving offers to join
one band or another, and has been noted as having the best bass tone in the
Vegas metal and rock scene. Corey has also been giving private lessons to
many players over the years, and has performed in the Vegas area with such
bands as Stan Rankin T. and the Meshack Reggae Band, Vanishment (a prog /
power metal band), and Atticist ( a progressive band who has played Vegas
and had plans to get out to surrounding areas such as Phoenix, LA, San
Diego, etc..).
As of April 2009, Corey was asked to fill the position of bassist for Las
Vegas based metal band, Piece of Tomorrow ( who is playing a busy schedule
all around the southwest USA, and has plans for a second studio effort soon).
After a couple of gigs, Corey has earned the permanent spot with the band
and, since, has helped PoT win the Survival of the Bands at Gallo's, payed
tribute to a fallen Vegas friend at House of Blues, and continually brings the
roof down at any venue Piece of Tomorrow plays. You may see PoT on tour with
Circle II Circle (featuring Zak Stevens of Savatage) in late 2010. Piece of
Tomorrow look forward to see you out there soon.

Come see Piece of Tomorrow and others November 11 at Feelgood's

Come see Piece of Tomorrow as we rock the Cheyenne Saloon with other bands including Protest.