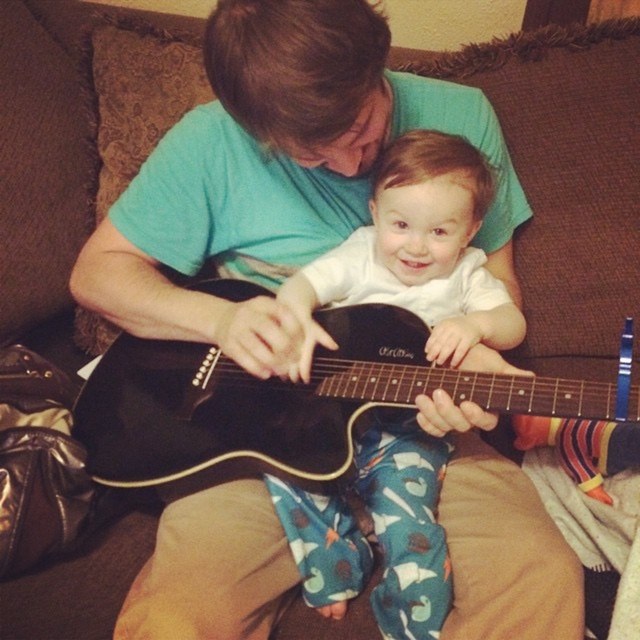 I’m an amateur musician that likes to write and record simple songs in my spare time. I also enjoy learning songs and attempting covers. I played bass in a garage band in junior high mostly punk covers. I started singing in a band in high school and like all of us wasn’t great to begin with but I had a great band that made up for it. We only did covers at first but I started writing lyrics and I bought an acoustic and taught myself enough to write a lot of the music for a handful of original songs. I’ve only gotten better over the years just finding my range, style, and confidence vocally. My acoustic playing skills are pretty good considering lack of training or practice. I think I write decent music but I put the most focus on lyrics which are usually pretty personal. I would love to get back into performing however that happens, and it’ll be hardest for me on my own. I’ve never really been able to focus on music but it’s always in the back of my mind so I’m looking for something to keep me practicing. I think being part of and acoustic guitar duo would be ideal. Kinda like tenacious D without the comedy. I do really miss being in a band though so that would work too.

Favorite bands are Jimmy Eat World, Foo Fighters, Motion City Soundtrack, Dashboard Confessional, The Used, Incubus, Gin Blossoms, Chevelle, The Starting Line, Anberlin, Story of the Year, Audioslave but I’m influenced by everything from 90’s chick rock to some pop. I like a lot of classic rock until hair bands happened. I love Michael Jackson and Prince. Beatles over Stones for music but the other way round for attitude. Fleetwood Mac, Tom Petty and the Heartbreakers, The 1975, Fall Out Boy, New Found Glory, Toad the Wet Sprocket, and pretty much every rock band that had a song on the radio in the late 90’s early 2000’s. This may be a deal breaker for some but I love Ed Sheeran and I’ve made peace with that.

I have a decent Ibanez acoustic electric, an old, small fender amp, and an ok USB condenser mic and that’s about it.