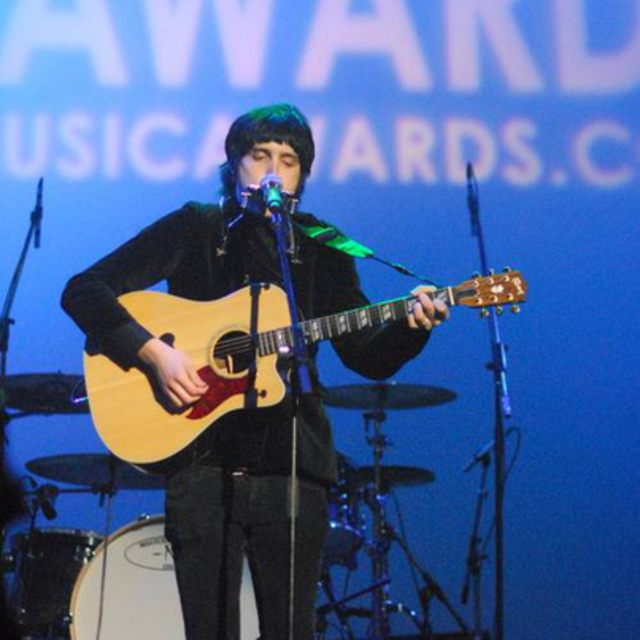 In the spring of 2006 on a trip to Paris, Cory Case decided to settle just in front of a bar called ‘La Methode’ on the Left Bank - and started to play guitar. A large, appreciative, clapping, crowd soon gathered on the street around him. The owner of “La Methode’ rushed outside and offered him a job on the spot as the bar’s ‘folk-song’ resident for the rest of the week. Travel and songwriting has informed his creative output ever since. Cory, now 21-years old, played his first showcase performance at The Whisky, in Los Angeles on Dec. 4th, 2007. Growing up as a child in and around Orange County, CA (now an indie-rock-dance hot-bed) Cory became a classical music head, enthusiastically absorbing the works of Mozart, Bach, and the other greats. He soon taught himself to master the piano, guitar, bass, violin, and harmonica (the vocals are also his). His father, also a musician, would play Jimi Hendrix around the house. The stark musical contrast provided a creative shock-to-the system that soon led Cory down a long road of other classic songwriter/rock influences; Van Morrison, Neil Young, James Taylor, The Carpenters, Muddy Waters, The Faces and even new acts such as The Libertines. As a result, Cory Case is a classic folk singer/songwriter with a slight indie flair – always paying close attention to song structure and soulful storytelling. His approach presents a fresh, analog alternative to the electronic indie beats and songs that rely heavily on technology you hear on the radio today. “I wanted to present full albums of something real – I am a big believer in story and narrative. I want to create something that feels personal, that someone can take home and make a connection with on a deep level, “ Cory has headlined events for OC indie-rock friendly brands such as Vestal & Howe as well as cozy bars throughout Socal and The Midwest. His song “Happy Place” has also picked up steam in underground circles. He recently teamed up with indie rock label Dead Beat Records to put out his first full-length album “Waiting On A Remedy.” It includes 11 of Case’s original tracks available on CD and Vinyl. Cory Case also took the stage at the Grove of Anaheim to accept his award for best live acoustic act in Orange County in 2009.