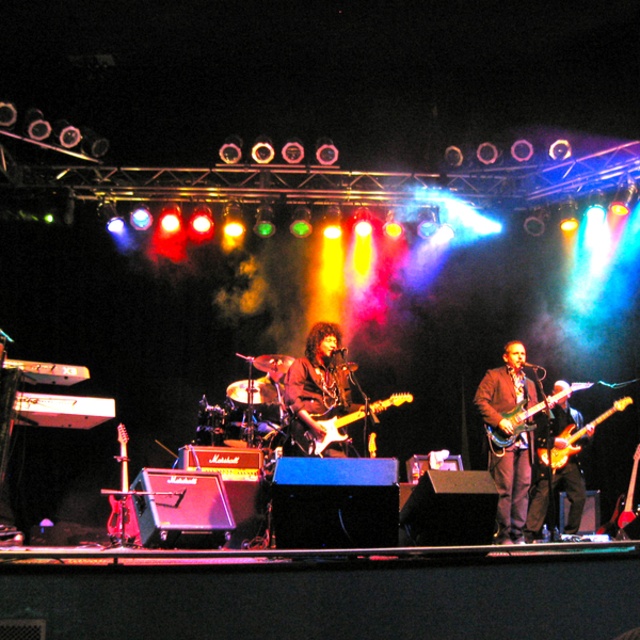 Hey Everyone!!!
Thanks for visiting my site!
I am a professional guitarist/songwriter/composer.
I am looking to play in a band with some talented musicians. I have been a professional musician for over 40 years! I am an ASCAP Award Winning Songwriter!
I have been performing in various bands in Seattle since 1986. One of which was â??The Grand Delusionâ?? a tribute to Journey and Styx, which was very successful for over 6 years!

Over 40 years experience in the musician industry as a musician, producer and songwriter and teacher. Working in many recording studios as a session musician and arranger.
Composed well over 200 songs with some being aired on local radio and cable stations. Having worked with some the greatest musicians, there is great understanding of professionalism and sincerity in his work.

The music roots of this guitarist/songwriter/singer starts back at age 5 when he given his first guitar by his grandfather who loved music. Born in a small southern town in the state of North Carolina, he picked up the guitar at age 5 and never stopped playing!
A child of a single parent, his mother remarried at age 7 to a man in the armed forces. This allowed Craig to travel all over the world. While in Germany he started writing words and music to his songs on guitar. As a teenager he performed contemporary hits of the Rolling Stones and Beatles for friends at parties in Germany.

After moving back to the United States Craig found himself playing many different types of music such as rock, progressive jazz, folk, country, R&B and funk. This allowed him to be versatile and sought after guitarist.
In 1980 moving after to Seattle, he started playing a various local bands. In 1990 he founded his first band Nemesis, performing classis rock covers and playing venues such as the Seattle Center Mural Amphitheater.
Craig produced his first solo album When All The Playing Is Done1995, which was very well received.

In 2004, with help of some great local musicians, Craig formed The Grand Delusion, which celebrated the music of the bands Journey and Styx. For 3 years The Grand Delusion was also hugely successful performing many shows at the Tulalip Casino.
After the dissolution of The Grand Delusion, he married a beautiful and extremely talented vocalist Nikk Coleman and formed together DoveLand which performs New Country music!

Mannheim American High School â?? Mannheim Germany
Chosen as one of the top vocalists to perform selections from baroque and classical
composers for a concert in Munich.

Teaching
Created the music industry lecture called The Music Lecture Series which was taught at Lynnwood High School at part of their summer youth program.

Discography
When All The Playing Is Done